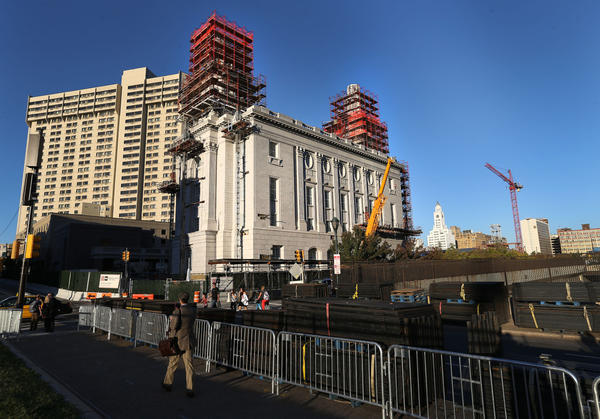 No other temple built by The Church of Jesus Christ of Latter-day Saints combines a rare downtown location next to a major Catholic basilica, strong historic meaning to both the founding of the faith and a nation, fitting architectural majesty and a church-owned high-rise commercial project.

Add the fact that high-ranking church leaders and rank-and-file members recall the days when Pennsylvania and New Jersey had so few Mormons that the idea of a temple here was preposterous, and the joy and pride felt and expressed when the temple's cornice lights went on last week was understandable.

"This is a magnificent structure," Elder D. Todd Christofferson of the church's Quorum of the Twelve Apostles told the Deseret News last week after he toured the temple site while he was in Philadelphia for the World Meeting of Families.

"It is unique," he said. "It's true to the sense of history and the architecture of Philadelphia. It really reflects that history. I think in time it really will become a landmark in this city, because it is so uniquely suited to what Philadelphia is and has been in the history of the United States over the years."