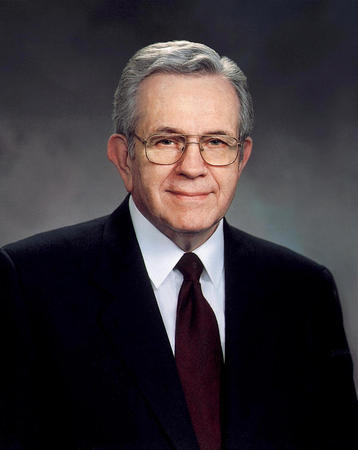 Eight outstanding Utahns, including a high leader in the LDS Church, were honored Tuesday at the 52nd annual Bronze Minuteman Awards Dinner of the Utah National Guard.

In a ceremony at the Little America Hotel, the award recipients were President Boyd K. Packer of the Quorum of the Twelve of The Church of Jesus Christ of Latter-day Saints, Salt Lake Chamber President Lane Beattie, Salt Lake City Police Chief Chris Burbank; Mark and Sally Dietlein of the Hale Center Theater; Master Sgt. (Ret.) Mark B. Harrison; Gail Miller, who built a Utah business empire with her late husband Larry; and, in a surprise announcement, Patti Griffith, who organized the program but was unaware of her award before her name was announced.