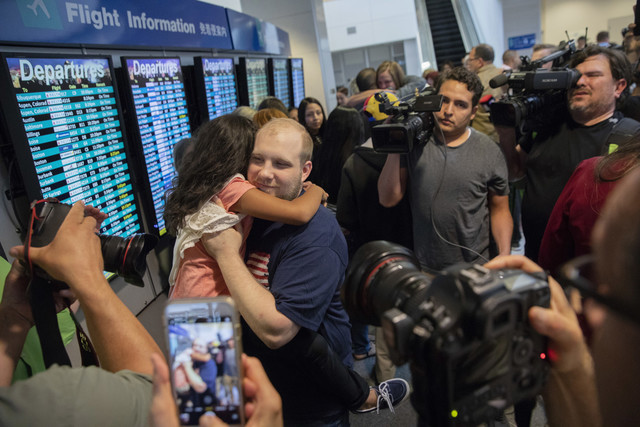 U.S. Senator Shares What Led to RM's Release After 2-Years in Venezuelan Prison

"This journey is ultimately about rescuing one man, his wife, and their child," Utah Senator Orrin Hatch wrote. "But it can also be a lesson for how our leadership might build a way forward through not only the present situation in Latin America but in the many areas of the world — from Europe to the Korean Peninsula — where being able to listen and have the right understanding of faith has never been more urgent."

► You'll also like: RM Jailed in Venezuela Returns Home to Hero's Welcome, Testifies of the Power of Prayer

Sen. Orrin Hatch had a Senate Foreign Relations Committee staff member carry a letter to the president of Venezuela that opened a correspondence that he says led to the release of Josh Holt and his wife.