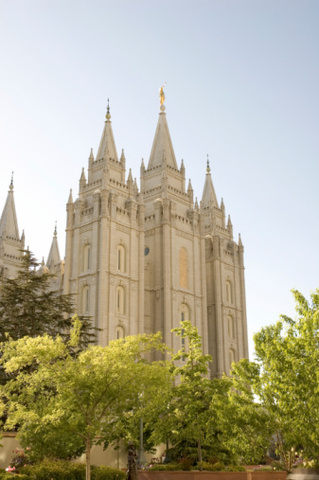 Valentine's Day and the history of the Salt Lake Temple

It’s Feb. 14, 1853, in Salt Lake City. The Saints have been in the valley now for nearly six years and have worked hard to establish the city.

It had been nearly six years since President Brigham Young — just four days after arriving in the valley — put his cane in the ground on July 28, 1947, and said, “Here we will build a temple for our God.”

The Saints had left the temple in Kirtland, Ohio, and only the cornerstones had been laid for a temple in Far West, Mo., but many more had been planned there. As the pioneers walked down Parley Street in Nauvoo, Ill., they gave one last look to the temple before crossing the Mississippi River.

“But I can see it right before my eyes,” President Young said on the day he put his cane into the ground. There were six towers — three for the Melchizedek Priesthood and three for the Aaronic Priesthood.

And he also made a promise: “This one will stand through the millennium.”