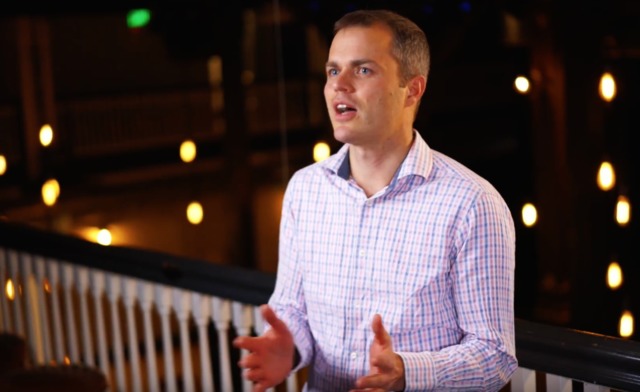 VidAngel, a Provo-based TV show and movie filtering company, filed for bankruptcy but promised customers and investors this was "good news" for the company.

Company CEO Neal Harmon announced the filing of the chapter 11 bankruptcy on Wednesday as the company's most recent move in an ongoing legal battle with Warner Bros, Disney, LucasFilm, and 20th Century Fox over its TV and movie filtering services.

VidAngel, founded by four LDS brothers, said that the bankruptcy, known as chapter 11 reorganization, is "good news" because it is "simply a reorganization and part of our legal and business strategy," according to their website.

The chapter 11 reorganization also pauses the company's lawsuit with Disney and other plaintiffs in California and allows the company to continue its new lawsuit in Utah where they are seeking legal determination that their filtering service is legal, according to the website.

The company also promised it is "not going away" and the recent system for filtering content from Netflix, HBO, and Amazon is still "up and running," according to its website, and that the company's original series, Dry Bar Comedy, is also doing well.

Different from chapter 7 bankruptcy, which means the company is going out of business, VidAngels says the chapter 11 reorganization will help the company as it moves forward.

"Our goal here is to reorganize the business around our new streaming model, which means pausing the lawsuit long enough so that, even IF VidAngel eventually loses the lawsuit on our old system, we have enough revenue from our new system to pay any damages to Disney. That way, VidAngel can survive and reap a return for the many thousands of customers who invested in us," according to the VidAngel website.

VidAngel claims its streaming services are legal because of the Family Home Movie Act of 2005, which allows families to use technology to censor DVDs.

However, U.S. District Judge Andre Birotte told the company in 2016 that the Family Home Movie Act required the content to come from an "authorized copy" of the movie, and VidAngel does not have that because it would have to apply to a physical copy of the movie, not a master copy saved in a digital format for streaming.