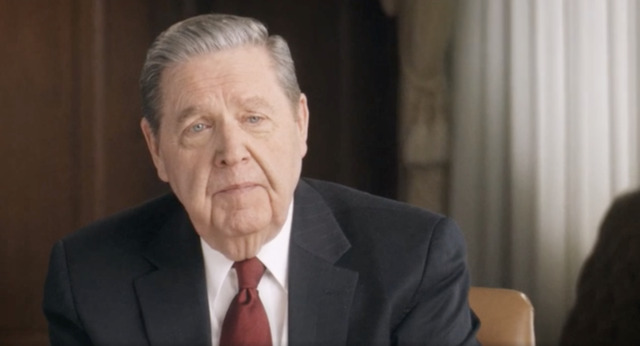 Video: Elder Holland Testifies of God's Role as our Father

In the Church video “You Are His Child,” Elder Jeffrey R. Holland of the Quorum of the Twelve Apostles reminds others of God’s unceasing justness and kindness.

“His arms are extended forever,” Elder Holland says, noting that the image of God's arms reaching out to others is often seen in the scriptures. “Page after page after page, in spite of problems, in spite of transgression, in spite of Israel’s sins and woefulness and individual people’s transgressions, He’s still there with those open arms—[He] can’t do otherwise. It’s His job. It’s His task. It’s His requirement, if you want to think of God having requirements. He does it willingly. He does it lovingly. He doesn’t have to be forced to. Those are the characteristics that make God—God.”

The video is one of a series on the Church’s mental health website, which provides ideas on how friends, families, and communities can better serve and support one another. In other videos, the apostle talks about Christ’s empathy for those experiencing loneliness as well as being compassionate and nonjudgmental to those working through depression.

Elder Holland reminds viewers that of all the names God could be known by, there is but one that He has chosen for Himself.