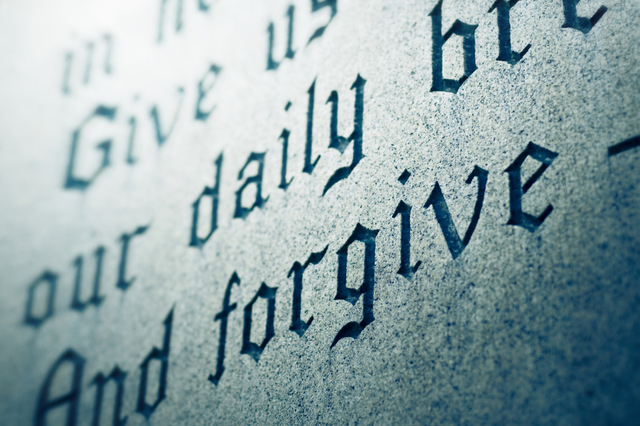 Understanding that Jesus Christ has been forgiving and merciful to us can help us forgive and extend mercy to others. “Jesus Christ is our Exemplar,” said President Thomas S. Monson. “His life was a legacy of love. The sick He healed; the downtrodden He lifted; the sinner He saved. At the end the angry mob took His life. And yet there rings from Golgotha’s hill the words: ‘Father, forgive them; for they know not what they do’—a crowning expression in mortality of compassion and love.”

If we forgive others their trespasses, our Heavenly Father will also forgive us. Jesus asks us to “be ye therefore merciful, as your Father also is merciful” (Luke 6:36). “Forgiveness for our sins comes with conditions,” said President Dieter F. Uchtdorf, Second Counselor in the First Presidency. “We must repent. … Haven’t we all, at one time or another, meekly approached the mercy seat and pleaded for grace? Haven’t we wished with all the energy of our souls for mercy—to be forgiven for the mistakes we have made and the sins we have committed? … Allow Christ’s Atonement to change and heal your heart. Love one another. Forgive one another.”

“We are to forgive even as we are forgiven,” said Elder Jeffrey R. Holland of the Quorum of the Twelve Apostles.3 The story of the prodigal son shows us both sides of forgiveness: one son is forgiven and the other son struggles to forgive.

The younger son took his inheritance, quickly spent it, and when a famine arose, he worked feeding swine. The scriptures say “when he came to himself,” he returned home and said to his father he was not worthy to be his son. But his father forgave him and killed a fatted calf for a feast. The older son returned from working in the fields and became angry. He reminded his father that he had served many years, never transgressed the commandments, yet “thou never gavest me a kid, that I might make merry.” The father replied, “Son, thou art ever with me, and all that I have is thine. It was meet that we should make merry, and be glad: for this thy brother was dead, and is alive again; and was lost, and is found” (see Luke 15:11–32).

How can forgiveness benefit the one forgiving?

Lesson Helps ,Lesson Helps
Comments and feedback can be sent to feedback@ldsliving.com