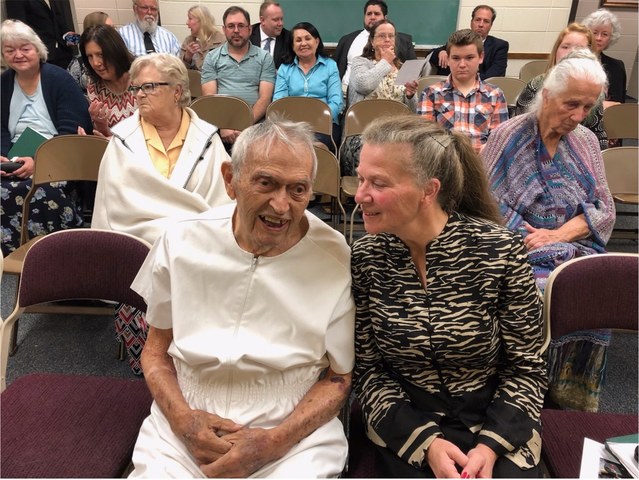 WWII Veteran Converts to the Church at 96

For Howard Wimberly of Greenwood, Florida, being friends with Albert Lane, a 97-year-old WWII veteran, has taught him one thing: It’s never too late in life to come unto Christ.

Born in Lansing, Michigan, in 1922, Lane has lived somewhat of an exciting life for a Michigan farm boy. At age 19, he joined the U.S. Army Air Corp. During WWII, Lane flew a B17 bomber on 25 missions to bomb Berlin. On one such mission, Lane was nearly shot down by a German jet but was rescued at the last moment by the famous Tuskegee airmen who helped fly him to a safe landing.

After returning home from the war and marrying his long-time sweetheart, Dolores (who he affectionately called Laurie), Lane took a job with General Motors. There, he helped in the development of the Corvette and helped initiate the addition of radios and air conditioning to pick up trucks. And when he retired, the couple moved to Florida.

Although his family had never been particularly religious and he was never much of a churchgoer himself, even during his later years, Lane said he always knew Christ was his Savior and he strived to follow His example.