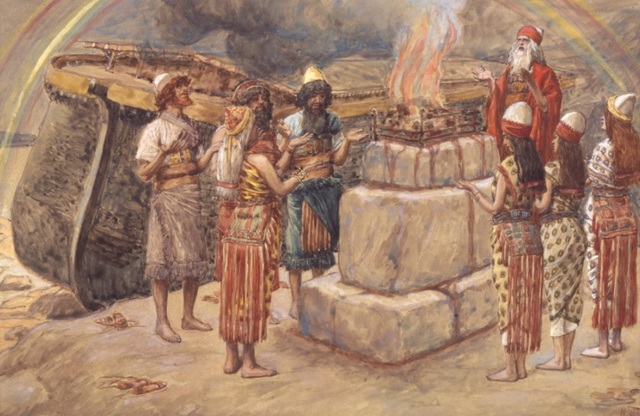 Was Noah's Ark Designed as a Floating Temple?

What fascinating insights that will change how you understand the story of Noah and the Flood in the Bible.

Question: In the Bible, Noah’s ark is described as a huge, rectangular box with three floors and a roof, which makes it sound more like a building than a boat. Was Noah’s ark designed as a floating “temple”?

Summary: In the Bible, God reveals the design of three manmade structures: two of these are temples and one is Noah’s ark. To ancient Israelites, the dimensions, shape, layout, materials, and function of the Ark would have immediately suggested that it, too, had been designed as a “temple.” In addition, the story of the Flood explicitly echoes the scenes of Creation and Eden found in the story of Adam and Eve, including the Ark’s final destination on the heights of a mountain.

Layout and size of the Ark. There is no doubt among Bible scholars that, like the Tabernacle, Noah’s Ark “was designed as a temple.”[xiv] The Ark’s three decks suggest both the three divisions of the Tabernacle and the threefold layout of the Garden of Eden.[xv] Indeed, each of the three decks of Noah’s Ark was exactly “the same height as the Tabernacle and three times the area of the Tabernacle court.”[xvi] Strengthening the association between the Ark and the Tabernacle is the fact that the Hebrew term for Noah’s Ark, tevah, later became the standard word for the Ark of the Covenant in Mishnaic Hebrew.[xvii] In addition, the Septuagint used the same Greek term, kibotos, for both Noah’s ark and the Ark of the Covenant.[xviii] Signaling another resemblance is that the ratio of the width to the height of both of these arks is 3:5.[xix]