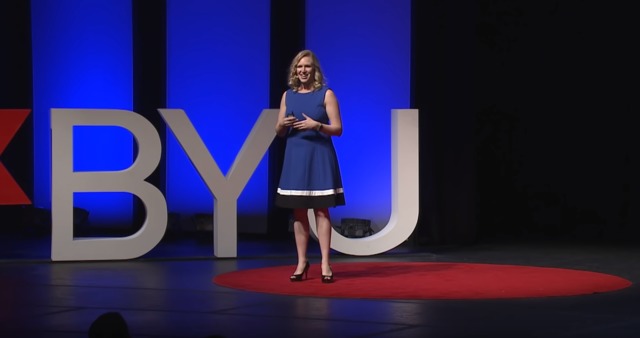 In an October 2018 general conference address given to the women of the Church, President Russell M. Nelson issued the now well-known invitation of a 10-day social media fast.

“The effect of your 10-day fast may surprise you,” he said. “What do you notice after taking a break from perspectives of the world that have been wounding your spirit? Is there a change in where you now want to spend your time and energy? Have any of your priorities shifted—even just a little? I urge you to record and follow through with each impression.”

Best-selling author Amy Blankson, while not a member herself, was interested in the challenge and issued a survey to the women of the Church, asking what effect their social-media-free days had.

"Behavior change is hard . . .  for a world where we feel like we have so much against us that we feel sucked in by social media, we still have the power to choose when and where we give our attention," she said.

In a TEDx Talk given at BYU on May 4, Blankson revealed the final results of her survey which garnered over 2000 responses.

In a previous LDS Living article, Blankson said, “We often hear that unplugging feels good, but what does it actually do for your mind, body, and spirit? This survey is an incredible opportunity to hear from thousands of women about their experiences.”

► You'll also like: The Incredible Way a Social Media Addict and Happiness Expert Are Responding to President Nelson's Challenge

Watch Blankson's full TEDx Talk about the results from her survey below: