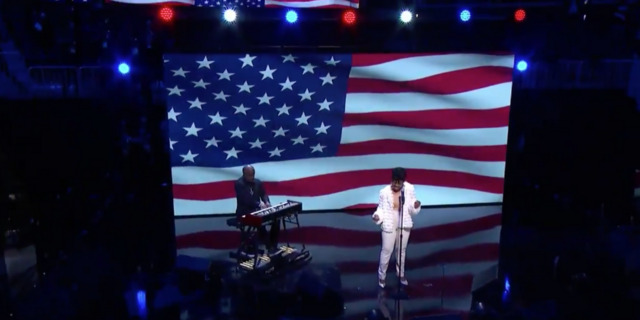 So who better to sing the United States national anthem than Gladys Knight? The seven-time GRAMMY Award winner graduated from one of the nation’s oldest HBCUs, Shaw University.

Seven-time GRAMMY Award winner @MsGladysKnight, who graduated from @ShawUniversity, one of the oldest HBCUs in the nation, performs the U.S. national anthem at NBA All-Star 2021.

Several elements of the All-Star Game highlighted connections to HBCUs: the location of Atlanta, the birthplace of Martin Luther King Jr.; a court designed by artists who attended HBCUs; and referees who graduated from HBCUs. The game also generated $3 million for HBCUs.

Knight joined The Church of Jesus Christ of Latter-day Saints in 1997. In 2018, she directed the choir at the Church’s “Be One” celebration.

Watch Knight’s performance of “The Star-Spangled Banner” on Twitter.