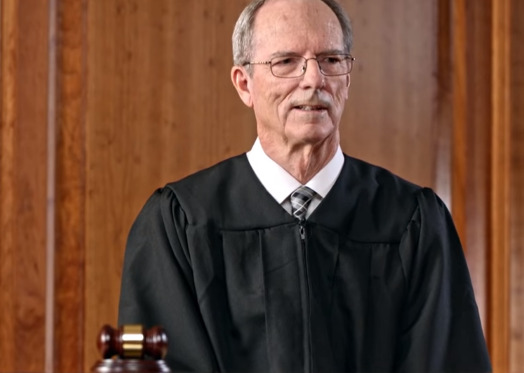 Watch: How Would You Defend the Book of Mormon in a Court of Law?

Brother Callister could almost be seen as an attorney for his client, the Book of Mormon, which is exactly what a video by The Church of Jesus Christ entitled “Compelling Witness” portrays.

The two classmates then "go to court" to prove each of their respective cases. The Latter-day Saint classmate figures out that the historical witness, Professor Charles Anthon1, is not a knowledgable witness in regards to Joseph Smith and then calls Emma Smith to the stand.

From her questioning of Emma Smith, the classmate proves that the Book of Mormon is true, through physical and spiritual evidence. She references that it would be impossible for a man such as Joseph Smith, with no formal training, to complete this feat.

The classmate affirms that the real proof is the testimony one has after they read it. “The answer comes, to the heart and mind of each individual who truly wants to know, with the testimony of the Holy Ghost as the most compelling witness of all. It’s not fiction. It’s a miracle,” the video description states.

The judge for this classmate’s case turns out to be none other than Brother Tad R. Callister himself. Watch the entire video below.

A Case for the Book of Mormon. Before The Church of Jesus Christ of Latter-day Saints was officially organized, its keystone was in place. That keystone, the Book of Mormon, has been shared, studied, respected, and embraced by millions of people the world over. It has also been scrutinized, analyzed, dismissed, even ridiculed by critics for nearly 200 years. In this volume, best-selling author Tad Callister offers a comprehensive overview of many of the critics' claims and provides carefully reasoned explanations that shed new light on the discussion. He presents compelling evidence, both physical and spiritual, for the authenticity of the Book of Mormon and invites readers on a spiritual journey that promises a witness stronger than any intellectual argument could create.