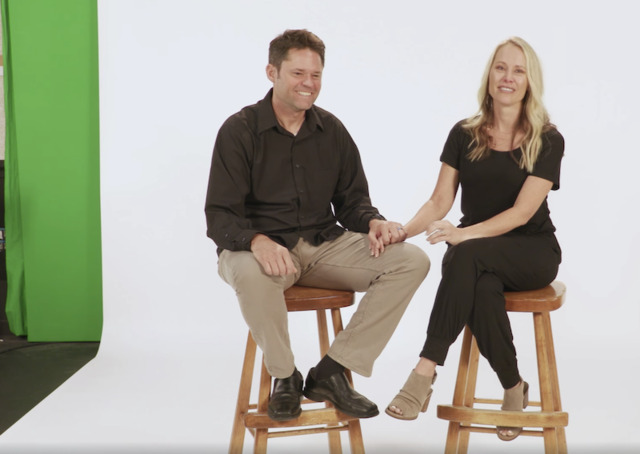 Watch: Justin and Kristi Osmond on the 'divine purpose' in the adoption of their 2 newborns

More than anything, Justin and Kristi Osmond wanted to start a family. After marrying a little later in life, the couple tried everything they could to have a child of their own, spending thousands of dollars on expensive and painful treatments. But despite the procedures, medications, and doctor appointments, Kristi miscarried five times.

“It was a very dark time for us, but we would do whatever it took to get our family,” recalls Justin in a video with over 84,000 views on Facebook. “We knew that there was a divine purpose—a plan in store to have a family someday—whatever that was going to look like.”

► You may also like: Finding Hope: When babies return to their heavenly home before ever coming to their earthly one

Later, Kristi had a dream that she was in a delivery room looking in as a baby was born. In 2016, three years after their marriage, the Osmonds adopted two newborns who have since become best friends.

As they’ve watched their children grow, the Osmonds have felt love from the birth families of their daughters and believe that ultimately, love is what adoption is truly about. Through the ups and downs of their journey, they have also witnessed many blessings along the way.

“We’ve gone through a lot of hard, crazy things,” says Kristi. “But we’ve also had more tender mercies and blessings than we know what to do with. With the rain comes the rainbow. Life is meant to have trials and hard things.”

Building their family has been a faith-growing experience, Justin adds.

“Faith is not knowing what the future holds. Faith is knowing who holds the future,” he says.

Watch a video of Justin and Kristi Osmond below.