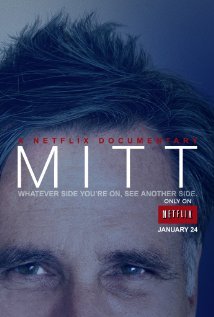 A new documentary about the Mitt Romney presidential campaign to be released early next year released its trailer today. The movie, simply titled Mitt, has been six years in the making and is to be released at the Sundance Film Festival January 17, 2014, then one week later at 12:01am January 24 on Netflix.

The LDS filmmaker behind the movie, Greg Whiteley, also directed the 2005 documentary New York Doll about rock band member and new convert Arthur “Killer” Kane. Whitely was given full behind the scenes access to the Romney campaign, filming tender moments like the realization that the election was lost to humanizing, heartwarming scenes like that of Mitt attempting to iron the cuff of his shirt while he’s still wearing it.

In a 2006 interview, Whiteley is quoted as saying of his style, “I simply do not know how to capture ‘real’ moments without being really small. That usually means I am the one holding the camera and when I start talking to people and I get excited about what they are saying I kind of forget I am holding a camera.”

For a 2-minute video, even just the trailer itself is deeply moving. At one point, Mitt says, “I have looked at what happens to anybody in this country who loses as the nominee of their party. They become a loser for life. After that, it’s over.”

Despite losing the election, the Romney family still has many followers—and critics. Whiteley is quoted as saying, “I think what people are really hoping for when they see a film or read a book –fiction or not–is that the maker is honest.” Indeed, for Romney supporters and protestors alike, the tagline of the movie suggests: “Whatever side you’re on, see another side.”

Start to “see another side” of Mitt Romney by watching the trailer now: