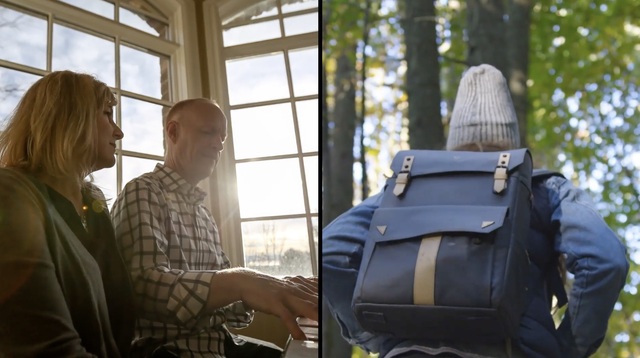 Fans once filled stadiums around the world to listen to Merrill Osmond sing with his brothers—but these days Merrill is inspiring audiences in a different way with his son, Justin. A new video series, Osmond Sound Advice, features stories of overcoming. This week’s episode features The Piano Guys’ Jon Schmidt and his wife, Michelle, as they talk about losing their daughter, Annie, after a tragic hiking accident.

In a compelling video presentation, the Schmidts speak of what they learned about faith and trust in God as they searched for weeks for their daughter and why finding her body ultimately gave them peace.

“The Lord was doing something with this—He was using it as an opportunity to strengthen faith,” Michelle says in the video, later adding, “Everything did work out. Not as we would have wanted, we would have wanted our daughter. But we were blessed to find her and to have resolution.”

► You May Also Like: Little-Known Miracles Behind the Discovery of Annie Schmidt's Body 2 Years Ago

The Schmidts expressed appreciation for the many who fasted and prayed for their family in their time of need.

“We would get letters, especially from kids, [that said] ‘We are fasting for you, we are praying for you that you will find Annie.’ It fills you with a desire to just pay it forward,” Jon said.

Michelle shared how they felt the impact of those prayers.

"It was a real power. It was a tangible power that gave us the ability to make it through that really hard experience," Michelle said. "The beautiful part of it is that you are changed forever. You're never the same, but you're better."

On October 19, 2016, Michelle Schmidt's plane landed in Oregon, where she was meeting her daughter, Annie, for a camping trip. But Annie didn't show up at the airport to pick up her mother as planned. When the unthinkable happened, Michelle Schmidt made a choice: to trust in God. This remarkable book will give readers the courage and inspiration to make that same choice. Carried is available now at DeseretBook.com.