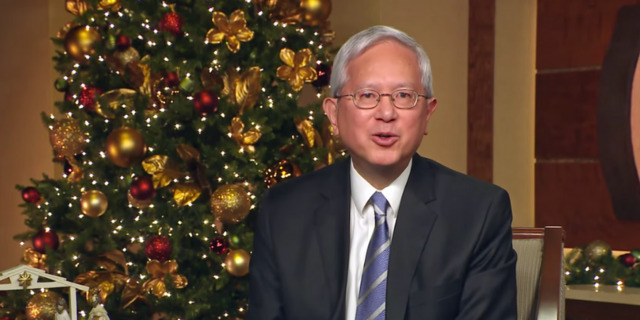 Watch: The story of Luke 2 told in 8 different languages by Church leaders

As part of “Celebrating the Light of the World: A Christmas on Temple Square Performance,” a virtual event marking the beginning of the Christmas season, 15 Church leaders shared the familiar account of the Savior’s birth found in Luke 2, but this version is likely different than the one you may read in your home this Christmas.

Elder Quentin L. Cook concluded the video by saying, “The shepherds heard Him as they heard heavenly hosts testifying of Him. As we celebrate that sacred event, we likewise can hear Him. In doing so, we will find peace and joy amid the trials that surround us. Let us show gratitude for the numerous blessings we have been given this Christmas season—greatest among them, our knowledge of the birth of the Son of God. We testify that He is the Light and the Life of the World.”

► You may also like: 8 virtual Christmas events and concerts you can enjoy from home

Watch the video of Luke 2 in the video below. Following the video is a list of the General Authorities and General Officers who participated in the reading. Languages spoken and participants are listed in alphabetical order.

Bring the Christmas spirit to your home with the new booklet, Let Every Heart Prepare Him Room. In this thoughtful Christmas message, Elder Gary E. Stevenson reminds us of the words we often sing at Christmas, "Let every heart prepare him room," and invites each of us to consider how we can prepare our hearts for Christ during the Christmas season. Can we be more pure, meek, and lowly, as the Savior? With an invitation to do something that expresses in an outward way our inward feelings about the Savior, Elder Stevenson reminds each of us to consider our hearts and make room for the Savior during the Christmas season and throughout the year. Available now at DeseretBook.com.