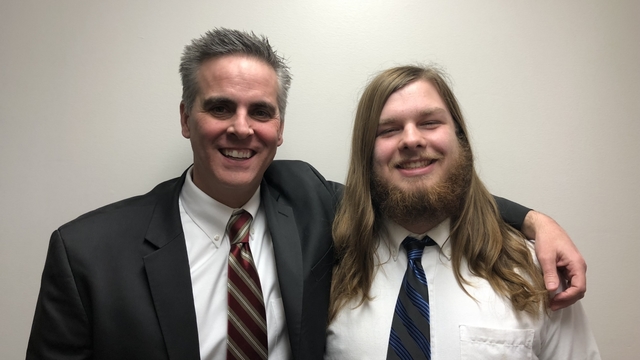 Ben is rebellious, bitter, and has no respect for authority.

Ben smokes behind the barn and slings a vocabulary saltier than beef jerky.

Maybe that’s all true. Perhaps this great church friend of mine — a teenager — is all those things.

Or, maybe he just has long hair.

Let’s confess — most of us have made quick judgments about people who don’t fit our mental image of a modern-day disciple of Christ. Too often we want white teeth, short hair, crisp shirts, light makeup, and maroon minivans.

Years ago I overheard someone ask a first-time visitor why she’d worn sweatpants to Sunday services. (I happen to know that at the time, sweats were the best option she owned.)

Another member complained that someone came to church with tattoos exposed. Oh, the horror!

Yet another worried aloud about a young man with an earring.

Back to Ben. My shaggy young friend knows that opinions can hit and hurt like quick punches. He’s heard the whispers, seen the stares and felt the judgment.

Maybe Ben and every other long-haired, tattooed and sweats-wearing Christian needs a t-shirt that says, “But the Lord said unto Samuel, Look not on his countenance, or on the height of his stature; because I have refused him: for the Lord seeth not as man seeth; for man looketh on the outward appearance, but the Lord looketh on the heart” (Samuel 16:7).

What would we see if we looked on Ben’s heart? What would we find if we didn’t let our eyes get tangled in his hair?

Ben is more Christlike than most people I know. He’s thoughtful, soft-spoken, respectful and kind-hearted. He’s talented, self-aware and forgiving. He has a long list of leadership qualities and owns that kind of warm personality that makes you want to be around him.

Ben’s not perfect, of course, and he has teenage moments like every other kid, but he starts each day desiring to be a little bit better than the day before. He wants to be even more kind, more patient and more willing to serve. He’s working to become a better son, brother and friend.

Um, isn’t that the definition of a disciple of Christ?

My dear friend knows the day will come for shaves and haircuts. In fact, he’s planning to donate his hair to Locks of Love, a well-known non-profit that provides hairpieces to patients battling cancer and other illnesses. Sounds like something Christ would do, doesn’t it?

In the meantime, he and everyone else who doesn’t fit perfectly into our trending definition of Christianity knows that long hair and a beard don’t disqualify him from discipleship any more than sweatpants or ink on the arms.

He’s a teen who knows that he’s not defined by his hair, but by his heart.

And odds are you know a Ben, too.