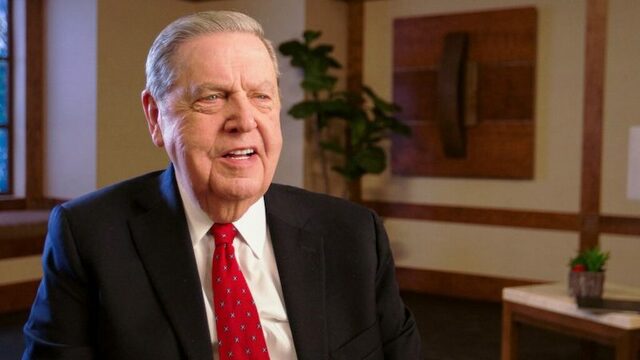 What Elder Holland, President Nelson, and a wildflower taught me about what's in a name

There’s a certain power in names. I’ve discovered this especially in nature as I’ve learned from my brother how to recognize the call of a chickadee or as my sister has taught me the names of wildflowers. For me, there is a sense of satisfaction in knowing something’s name—as though by remembering it, perhaps it knows me somehow—and so occasionally, I will put forth the effort to learn about the names of plants and animals that I didn’t know before.

The name of one flower in particular has been on my mind as of late—the showy daisy. These daisies are easier to recognize than many wildflowers. With their bright yellow centers and fringe-like purple petals, they pop with color as though determined not to be missed.

I came across this flower a few days ago. While descending a trail on a long hike, I appreciated my surroundings more than I had on my ascent, noticing the change of colors in the leaves, the moss in the streams, and the way the sunlight filtered through the aspens dotting the mountainside. Just before the hike ended, some showy daisies stood out in the tall grasses along my path and I stopped to admire them. 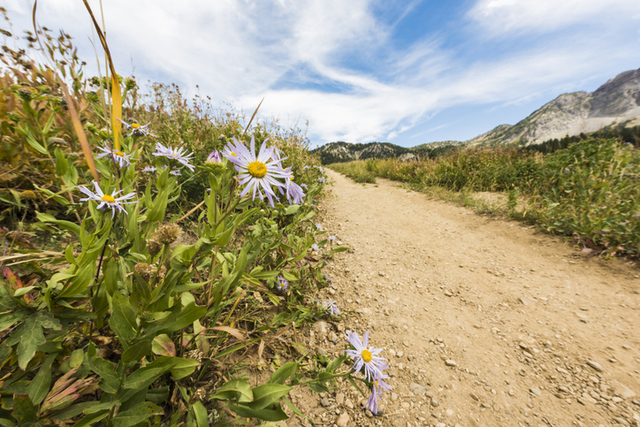 Although I am fond of these flowers because of their vibrancy, this time it wasn’t just the color that impressed me. It was the fact that they were there at all. Despite a recent windstorm which had toppled many trees on the trail I’d just walked, these showy daisies were still hanging on. In fact, not only were they hanging on, but they were doing so proudly, showing off their petals as though they not only survived the storm—they welcomed it.

But I wonder if I had not known this flower’s name, would I have passed by it on my hike? Or would I have noted it, but not remembered it? There was plenty of other foliage that I walked past that afternoon without giving it a second thought.

This experience has made me consider—if there is power in knowing a name, then what exactly is that power? 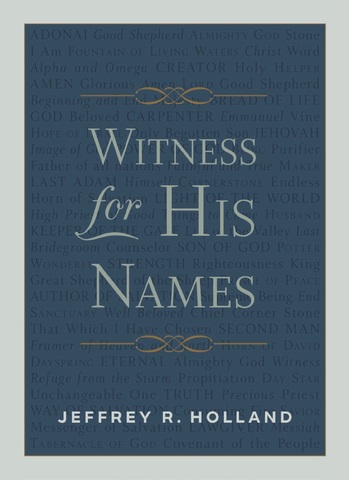 In Witness for His Names, Elder Jeffrey R. Holland writes that “names are important and have been from the beginning of history.” He then goes on to quote Moses 3:19–20, which reads:

And out of the ground I, the Lord God, formed every beast of the field, and every fowl of the air; and commanded that they should come unto Adam, to see what he would call them; and thy were also living souls; for I, God, breathed into them the breath of life, and commanded that whatsoever Adam called every living creature, that should be the name thereof.

And Adam gave names to all cattle, and to the fowl of the air, and to every beast of the field.

I find this scripture remarkable. Certainly, creating “every beast of the field” and “every fowl of the air” required much work, thought, time, and effort. Naming each creature afterward—the cattle, the fowls, and the beasts—could have seemed nonessential, or deemed to take up too much time. But it mattered to God and to the father of all mankind, and so every creature was named.

Elder Holland also notes the importance of the names of people in the scriptures. From Adam and Eve bearing names that “suggested their roles here in mortality” to the prophet Helaman’s sons Nephi and Lehi, who bore the names of their forefathers, names have had great significance throughout history. This is especially true for the name of Jesus Christ. Elder Holland references a quote from Elder James E. Talmage, which states:

“The divinity of Jesus Christ is indicated by the specific names and titles authoritatively applied to Him. According to man’s judgment there may be but little importance attached to names; but in the nomenclature of the Gods every name is a title of power or station” (Jesus the Christ [1915], 33).

Some of the many names and titles of Christ became apparent to me two years ago. During the October 2018 general conference, President Russell M. Nelson extended four invitations to the women of the Church, including reading the Book of Mormon before the end of the year and marking each verse that refers to the Savior. He then asked that we “be intentional about talking of Christ, rejoicing in Christ, and preaching of Christ with your families and friends.”

I tried to take this challenge very seriously and highlighted in yellow every time I saw the Savior’s name in the Book of Mormon. There were many of them. Some names were frequently used, like “Lord,” “Son of God,” and “Jesus Christ.” Others, such as “Son of Righteousness,” “the Holy One of Israel,” and “Lord of Hosts” were less common. But try as I might, I didn’t quite complete President Nelson’s challenge in time. While I was fairly close, I hadn’t finished the Book of Mormon by the end of the year, and I was heartily disappointed in myself.

“I hope that each of these invitations has brought you closer to the Savior. If you have struggled with any of them, please don’t be hard on yourself. You can start today. The Lord is happy with any effort we make to draw closer to Him,” he said. “I promise that as you prayerfully study the Book of Mormon, the heavens will open for you. The Lord will bless you with increased inspiration and revelation.”

I still remember reading President Nelson’s words while sitting in my office, relief washing over me. It was okay that I hadn’t quite finished. I didn’t need to be so hard on myself. I could keep trying, and the Lord was still happy with my efforts. Reading that message gave me comfort that I didn’t even know I needed.

And yet as conference approaches again, the challenge President Nelson made two years ago is fresh on my mind. When I finally finished highlighting all of Christ’s names in the Book of Mormon, the pages were covered in yellow as though they were bright spots of light itself. I learned Christ is throughout the Book of Mormon. I knew Him better. But maybe I could learn to know Him better still.

During a ministry visit in Samoa last year, President Nelson spoke of his continued efforts to know the names of Christ.

If the prophet of God seems to think knowing the names of Christ is a worthwhile endeavor—in multiple languages, no less—then perhaps his invitation is one I should take up again in some way. The benefit of studying the names of Christ seems immeasurable. According to Elder Holland in Witness for His Names, by learning about the names of the Savior, we can come to know Him better than through any other means.

“In our search ‘to know . . . God, and Jesus Christ, whom [He] hast sent’ (John 17:3), we can learn more about who Christ was, is, and will yet be by examining the names and titles given to Him than by any other method,” he said.

As we study the names of Christ, perhaps we will also experience a change of heart to be more like the Savior. Each week when we partake of the sacrament, we witness unto God our willingness to take the name of Jesus Christ upon us. In his talk, “Taking Upon Us the Name of Jesus Christ,” then-Elder Dallin H. Oaks explains that witness and its meaning for us:

I like to think that as we are willing to take Christ’s name upon us and learn His many names, we will recognize His face when we meet Him again one day. In the meantime, when it seems that mighty winds are trying to destroy us and that the hearts of those around us are failing, we will not collapse under the pressure because Christ will keep us rooted in place (Helaman 5:12). Knowing Him gives us strength. Even if we falter or doubt that we really do know Him, we can take comfort in the fact that He has always known us—and that is enough.

When Elder Jeffrey R. Holland was first called to the Quorum of the Twelve Apostles, he quickly learned that "among the most important responsibilities [he] had was to be one of the 'special witness of the name of Christ in all the world'" (Doctrine and Covenants 107:23). This understanding prompted a habit in his scripture study of "jotting down or otherwise noting the references to Jesus's various names: in the standard works. With study, "the name of Christ was growing and swelling, expanding and emerging into the names of Christ."

In this beautiful book, Elder Holland shares his notes and insights about the many names of Christ he has studied in his 25-plus years as an Apostle. He promises that “as we study these titles to learn more about who He was and is, we will find ourselves learning more about who we are and what we may become.” In doing so, we will gain a greater understanding of our covenants and how each of us can more fully bear witness of Christ's holy name.