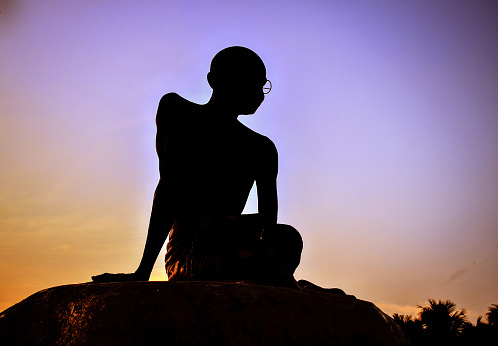 Force has never been the Savior's governing scepter. Instead, he teaches that power and godly influence come "by persuasion, by long-suffering, by gentleness and meekness, and by love unfeigned" (D&C 121:41).

But how does the Atonement motivate, invite, and draw all men unto the Savior? What causes this gravitational pull—this spiritual tug? There is a certain compelling power that flows from righteous suffering—not indiscriminate suffering, not needless suffering, but righteous, voluntary suffering for another. Such suffering for another is the highest and purest form of motivation we can offer to those we love.

Contemplate for a moment: How does one change the attitude or the course of conduct of a loved one whose every step seems bent on destruction? If example fails to influence, words of kindness go unheeded, and the powers of logic are dismissed as chaff before the wind, then where does one turn? Jag Parvesh Chader spoke of exhausting all such nonviolent sources and then added this insight: "When it fails to produce any salutary effect, voluntarily [one] invites suffering in his own body to open the eyes of the person who is determined to see no light."1

Fasting has often been employed for just such a purpose. Abstinence does much more than make us hungry; it does more than refine our spirits; it has within it a certain inherent motivational power that can change and soften the hearts of others, particularly when they know we are fasting for them. Therein lies a force that can penetrate the granite walls of pride, replenish the barren reservoirs of humility, and engender increased affection and gratitude for him who so suffers.

In the words of the missionary evangelist, E. Stanley Jones, suffering has "an intense moral appeal." Jones once asked Mahatma Gandhi as he sat on a cot in an open courtyard of Yeravda jail, "'Isn't your fasting a species of coercion?' 'Yes,' he said very slowly, 'the same kind of coercion which Jesus exercises upon you from the cross.'" As Jones reflected upon that sobering rejoinder, he said: "I was silent. It was so obviously true that I am silent again every time I think of it. He was profoundly right. The years have clarified it. And I now see it for what it is: a very morally potent and redemptive power if used rightly. But it has to be used rightly."2

Mohandas Gandhi seized upon righteous suffering as a powerful motivational tool for good. Each of his fasts possessed a certain motivational power, but none had more far-reaching effects than the fasts at Calcutta and Delhi. Calcutta was a battleground of hate. Gandhi, a Hindu, stayed at a Muslim home in the heart of the riot district. Some Hindus were incensed at Gandhi's conciliatory conduct toward the enemy. An attempt on his life failed. Various consortiums of hot-headed Hindu youth were sent to Gandhi to convince him of the error of his ways. Each time the youth would return and repeat, "The Mahatma is right." The war continued.

Finally, Gandhi announced a fast to the death unless the foes altered their course. It would be peace for them or death for him. After three days of fasting, the suffering of one revered by an entire nation proved too much for the people to bear. The softening and persuasive powers of his suffering melted "hearts of stone." Weapons, from knives to Sten guns, were laid at his feet. Almost overnight the healing occurred. Lord Mountbatten, one of the military leaders present observed, "What 50,000 well-equipped soldiers could not do, the Mahatma has done. He has brought peace."3 And so he had.

Delhi was his next challenge. The tension was screw-tight. Gandhi proposed eight points on which Hindus and Muslims must reach accord, or again he would fast to the death. All eight points favored the Muslims. The risk was staggering, but his goal was honorable: to unify a divided nation. After six days the pact of peace was signed. E. Stanley Jones, present just before the fast, wrote: "This was no cheap signing of an ordinary peace pact. There was a moral quality here that made it different. His blood and their tears cemented the pact." He also noted: "His method and his aim were right. . . . He shook that nation to its depths—shook it morally."4 Through the power of righteous suffering a diminutive, 79-year-old man, waning in life, literally saved a nation by bringing it to its spiritual senses. 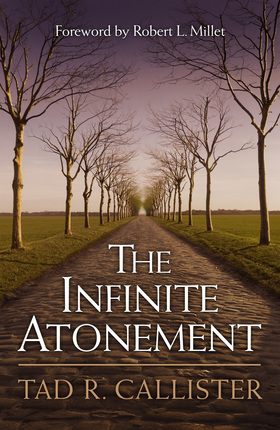 With The Infinite Atonement, Brother Tad R. Callister offers us what may be the most comprehensive, yet understandable, treatment of the Atonement in our day. He thoughtfully probes the infinite scope of this "great and last sacrifice," describing its power and breadth and explaining how it redeems us all. Available now at Deseret Book.