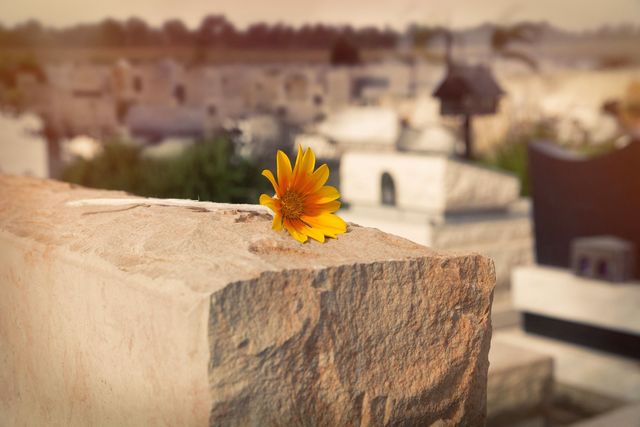 Gale Boyd, a Mormon convert of Jewish descent, often writes about how her faith and her ancestry enrich each other.

In 2016, she shared insights into the Book of Mormon from the perspective of a Jew who has lived in the Holy Land, saying, "I’m a Jewish convert. I believe like a Mormon, but I still have a Jewish mind (believe me, it’s something unique to us). We grabbed our five kids and moved to Israel some time ago, hoping to stay 'indefinitely,' which turned out to be eight years. I learned a lot there — about Jews, about Israel, about Judaism, and about myself."

During the funeral, Boyd's husband was set to be the closing speaker, being viewed by Boyd's extended family as a clergyman because he holds the priesthood. "Often, my husband is invited to dedicate graves for my extended family. This time, he was only invited to speak, but my blood ran cold when he stood up and approached the podium with his arm straight down at his side, carrying a Book of Mormon," Boyd says.

She later continues, "The mood had been reverent and somber and inspiring. All that was surely about to change. I found brief respite in the fact that there are Isaiah chapters in the Book of Mormon.

"But my husband didn’t read from them. Instead, he read from the final book of the scripture, some verses on charity from a prophet named Moroni. Christ is everywhere in those scriptures, but so is God, and somehow, my husband’s selective rendition sounded pretty Jewish.

"I subtly glanced around the room. Tears were flowing and heads were nodding. It was as if the congregants couldn’t quite identify the scriptures, but they sounded familiar, like they were from somewhere in the tanakh, and comforting."