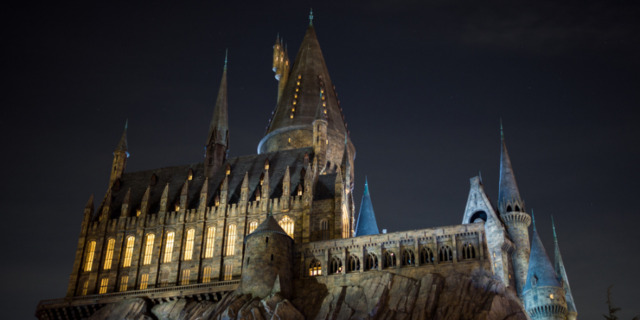 byBen Schilaty, excerpted from “A Walk in My Shoes: Questions I'm Often Asked as a Gay Latter-day Saint” | Jan. 26, 2021

I kept a secret journal for my biggest secret. There are only eleven entries in it, and they are filled with fear, hope, and the most honest things I’d ever written. Part of my first entry on June 27, 2007, says, “Since I was a teenager I have struggled with same-gender attraction. This is the first time I’ve ever admitted that fact except in prayer.” I was twenty-three years old. Admitting that on paper was a big deal because admitting it made it real. I went on to say how afraid I was of leaving the Church.

I wrote openly for the first time. These written words allowed me to see what was transpiring in my own head and heart, letting me take a step back and really observe my own life in a way that I hadn’t before. What I saw were pages and pages of fear. I feared that I would leave the Church. I feared that I would be alone forever. I feared that people would find out I was attracted to guys. On June 28, 2007, I wrote, “I’m scared that I’ll have to admit my same-gender attraction to my family. I know they’d still love me and support me, but I know that it’d be hard for them to deal with. I’d rather go through this alone than hurt my parents.” I knew that I could trust them, but how could I ever tell them? I wanted to protect them and thought that I was strong enough to deal with it on my own.

Throughout the journal I beg for understanding. For example, on July 7, 2007, I wrote, “What is the reason for this trial? I know that someday it will end and I pray that God will hasten the day.” The next day I wrote, “I pray that God will help me know what my mission and purpose is. If it isn’t to get married, then what is it?” The word trial appears over and over again. I tried to be as righteous and faithful as I possibly could be, but I just kept spiraling downward. Then in my journal I quoted Job 13:15: “Though he slay me, yet will I trust in him.” Even though I was dying on the inside, I had to trust God.

On July 13, 2007, I wrote, “I’ve wanted to tell my roommate Craig about my same-sex attraction, but I don’t know if that would be a good idea. Would I find a good support system or lose a friend?” These months were some of the darkest of my life—months when I just wanted to disappear because facing the future felt too hard. I resonated with Joseph Smith who, after months in Liberty Jail, cried out, “O God, where art thou? And where is the pavilion that covereth thy hiding place?” (D&C 121:1). Why wasn’t God answering my prayers to end my trial? Where was He? Part of the Lord’s response to Joseph’s pleading was, “Thy friends do stand by thee” (v. 9). Reminding Joseph that his friends were by his side is how Heavenly Father comforted him in the moment when he cried out for help. There are only eleven entries in my secret journal because the next month I found that my friends would stand by me.

I bought a copy of the final Harry Potter book the day it came out, on July 21, 2007. Or rather, my mom bought three copies and gave one to me. The previous three months had been miserable. Diving into the world of Harry Potter had been a welcome escape from reality. Much like Harry, I felt that it was up to me, and me alone, to conquer an evil that only I could defeat. Both Harry and I failed to realize that we didn’t have to do this on our own—we had friends who would fight the battle with us. I don’t typically cry when I read books. I didn’t cry when any of Harry’s beloved friends died in the last book, but I did have a good sob at one particular part. Harry, Hermione, and Ron return to Hogwarts towards the end of the book knowing the last battle is about to happen. All the students are evacuated from the school, but all the Gryffindors and all the Hufflepuffs stay to fight with Harry. As Harry witnesses student after student pledge to remain with him, I wondered if my friends would do the same. This act of loyalty and self-sacrifice, as they collectively bore Harry’s burden with him, moved me to tears. Not many days after reading about Harry’s friends standing with him in his hardest moment, I finally revealed my burden to two of my friends. I learned that they were just as loyal.

Humility and vulnerability are companion principles. It takes humility, stripping one’s self of pride and pretense, to truly be seen. It took humility for the Roman centurion to ask Christ to heal his servant. It took vulnerability for the woman with the issue of blood to reach out and touch Jesus in a crowd. It took humility for Zeezrom to ask Alma and Amulek for a blessing after he had publicly criticized them. It took vulnerability for the prodigal son to return and to ask to be let back into the family. In a supreme act of vulnerability, the Savior asked three of His disciples to watch with Him. He asked His closest friends to be with Him. Then He prayed three separate times, saying, “O my Father, if it be possible, let this cup pass from me: nevertheless not as I will, but as thou wilt” (Matthew 26:39). Jesus Christ was vulnerable enough to ask for a way out, but He was humble enough to do His Father’s will. It’s a very human thing to not want to do something difficult, but it’s a Christlike attribute to do it anyway.

I tried to be humble and I tried to be vulnerable, but every time I considered coming out to a friend and letting that person into my life, I would chicken out. God, being merciful and kind, orchestrated the ideal setting for me to come out. On the evening of August 12, 2007, my friend Mitch called to see if I wanted to go on a walk. We had been best friends in high school, but in all our years of friendship neither of us had ever invited the other to go on a walk. When I got off the phone I asked my roommate Craig if he wanted to join us—also something we’d never done before. As I drove us over to Mitch’s apartment, I started to get so nervous I felt physically ill. I thought I might actually throw up. The three of us ended up walking through Kiwanis Park a few blocks east of BYU. I thought that maybe I shouldn’t tell them I was gay, maybe this wasn’t the right time. Then I considered the circumstances that had brought me to a quiet place with two of the people I trusted most in the world, and I knew I had to tell them.

I asked if we could sit on the grass because I wanted to tell them something. I hemmed and hawed for a few minutes, not sure if I could get the words out. I slowly pulled out blades of grass because I couldn’t look Mitch and Craig in the face. As I tugged on the grass and stared at the ground, I reminded myself that I had been wanting to let people in for months, that I needed to do this, and that God had put me in the best possible situation to do so. And so, I took a deep breath, and for the first time uttered the words that I had stolen from an anonymous blogger: “For as long as I can remember, I’ve been more attracted to men than women.”

After saying out loud what I had been afraid to admit my entire life, I looked up expectantly at Mitch and Craig to see how they would react. They both said that they were surprised and caught off-guard. Then they did exactly what I needed them to do—they said that they cared about me and that I could talk to them about what I was going through whenever I needed to. Mitch spoke the most at first while Craig was pretty quiet. I didn’t know how he was experiencing this new piece of information. I looked over at him and said, “Craig, I understand if you don’t want to be my roommate anymore.”

He looked surprised and replied, “Why wouldn’t I want to be your roommate? You’re the same person you’ve always been.”

Even though I didn’t know it, that’s exactly what I needed him to say. I had felt broken and unworthy, thinking that no one would like me if they knew that I experienced same-sex attraction.

Letting Mitch and Craig into my experiences was the beginning of my healing. My life changed for the better that evening. I didn’t anticipate the remarkable transformation that was going to take place in my life when I began to be vulnerable with my friends. As I talked with Mitch and Craig, I felt an enormous burden being lifted off my shoulders—a burden whose immense weight I had not even realized I was carrying until it was lifted. In the Book of Mormon, Alma taught his people that when we are baptized we covenant to “bear one another’s burdens, that they may be light” and “to mourn with those that mourn” and to “comfort those that stand in need of comfort” (Mosiah 18:8–9). My friends willingly shared my burden, and it did indeed become light to me. I do not think that I would be an active participant in the Church today if Mitch and Craig had not reacted by expressing love and acceptance.

The burden I thought I was carrying was same-sex attraction. That’s what I believed needed to be healed. However, the affliction I was really struggling with was shame. Shame and self-hatred weighed me down. Over the years as my courage increased, I opened up to more and more people, and that weight got lighter and lighter until the shame and self-hate were completely gone. Mitch and Craig were the beginning of that transformation. I may not have had the courage to continue on that path had my friends not listened to me, loved me, and sincerely tried to understand me. My friends were just like Hermione, who told her buddy Harry, “We’re with you whatever happens.”

In this new book, Ben Schilaty, a licensed therapist and BYU Honor Code administrator, shares questions he is often asked which he answers using stories from his life and gospel principles. Some of those questions include: Were you born gay? Why do you stay in the Church? Why don’t you marry a woman if marriage is about more than sex? A Walk in My Shoes gives readers a glimpse into the life of a single, gay, active Latter-day Saint and provides examples of how they can support and minister to their LGBTQ loved ones. Available now at DeseretBook.com.