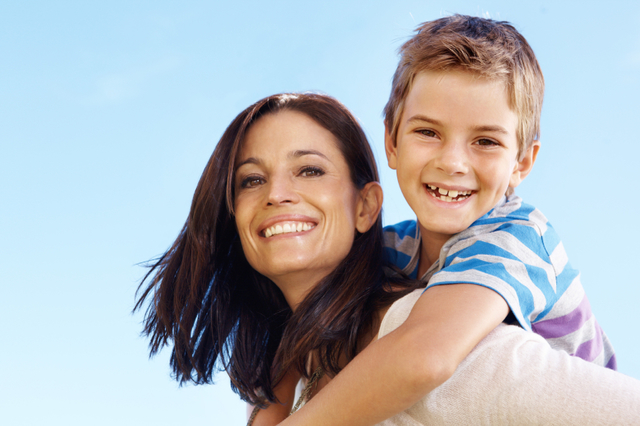 The other day you were eating lunch at the table across from your 12-year-old twin sisters, when a very thoughtful expression came across your face.

“Mom,” you said, “I think that boys must be more important than girls.”

I don't think there is another sentence that you could have said that would have been more effective at commanding our complete attention.

“How do you figure that?” I said pleasantly.

“Because of them,” and you pointed your 6-year-old finger toward the ceiling.

“You mean Heavenly Father and Jesus?”

You nodded. Out of the corner of my eye, I could see your older sisters' ears flatten and their canines gleam. An attack was imminent. But before they could pounce on you I wanted to make sure I understood you correctly.

"So you are telling me that because Heavenly Father and Jesus are men, that boys must be more important than girls?"

I could not hold your sisters back any longer. They attacked.

"Did you know that Mom made the food you're eating?"

"She buys your clothes."

"And she taught you English."

“And if it weren’t for Mom, you wouldn’t even be born.”

Using everything from logical arguments to deep doctrine, the girls verbally tore you apart like junk mail in a paper shredder while you looked on, unfazed.

I have thought a lot about this since, and I have tried to see through your eyes. You have been taught that you have an all-powerful Heavenly Father and a Savior, Jesus Christ. Add to that a pretty swell dad, and I would probably come to the same conclusion if I were you. How could any woman compete with this trifecta of male awesomeness? 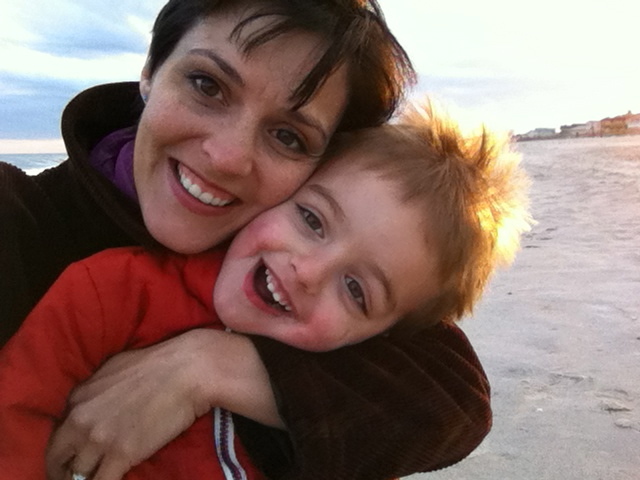 Even though your sisters were swift to tear down your perceived misogyny, I do not think they were entirely correct in their arguments as to why girls are just as important as boys. Though it was true you were eating the food I made you, wearing the clothes I bought for you, and you wouldn't be here unless I gave birth to you, my worth is not determined by the fact that I do your cooking and cleaning or even that I spent an entire night laboring to bring you into this world.

The value of a woman comes not in cooking and cleaning, or even in giving birth, but in the proper and tender placement of ideas and eternal truths. Do you know what I love about the temple? When you go in for the first time you are given an escort. The escort guides you through, helping you, explaining things to you, preparing you. If the temple is a model for life, then God gave you an escort here on earth, too: your mother. No matter what the situation, a mother is always there when you first come into this world. That is the way it was designed, for God will not allow anyone to come to earth alone. God designated mothers to be the very first teacher, guide, and friend.

And later on in your life, as you grow and move on, you still won’t be alone. Another women might come in your life to be your escort, to bring you joy and help you reach a higher state of being than you ever thought possible. If God designed things that way, He must think women have a very important mission. But it’s still a mission that can’t be accomplished without working together with men of God.

In your language, which is most important on a racecar: the wheels or the engine? The engine is powerful and strong, but the car won't go anywhere without the wheels. And though the wheels may be smooth and fancy, they cannot be propelled to top speeds without the engine. It is the dependence we have on each other that makes us important.

So much for hierarchy.

It is true you never would have been born without my help. But I can't take all the credit. The creation of you was kind of like those movies when they are going to launch a rocket to destroy the world and they need to have two people turn two different keys and then push a big red button. Dad has a key and I have a key and you are the rocket. Except you are not going to destroy the world, you are going to illuminate it.

Why? Because we are going to teach you how.

You know what I love most about your dad? He is not like me. But even though we are different, I would be pretty lost without him, and he would be lost without me. Someday you are going to meet someone who is not like you, and you will understand what I mean.

If we truly believe that men and women are equal, and if marriage is the fundamental unit of society, then true "equality" in marriage is when both sexes are represented.

I am not overly concerned with your comment. If you think "important people" are Heavenly Father, Jesus, and your own father, and if you feel a kinship to them because you are male and it makes you want to be like them, then I am not worried. If those men are your heroes, the details will iron themselves out later. It’s only a matter of time before you begin to see all the heroines in your life.

After all, it is the path I put you on.

As Gordon B. Hinckley once quoted E.T. Sullivan in general conference, "When God wants a great work done in the world or a great wrong righted, he goes about it in a very unusual way. He doesn't stir up his earthquakes or send forth his thunderbolts. Instead, he has a helpless baby born, perhaps in a simple home and of some obscure mother. And then, God puts the idea into the mother's heart and she puts it into the baby's mind."

For more insights from Chelsea Dyreng on this topic, check out her blog or her new novel The Cenote.

When a foolish girl and an awkward boy are put together in an arranged marriage, something evil in the forest arises that seeks to destroy their relationship. As they learn that the evil can only be defeated if they work together, they also begin to see that the best marriages—even arranged ones—require a man and a woman equally working as a team. 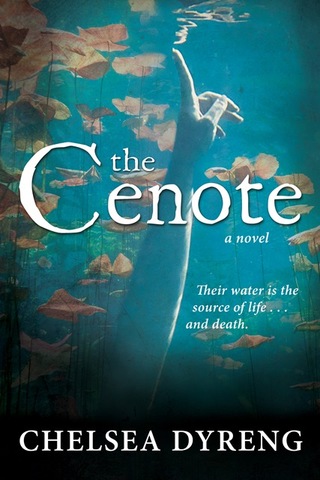