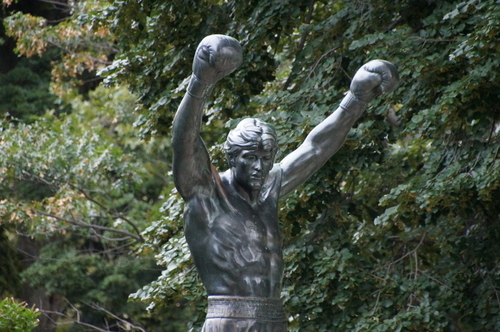 This week, I’ve been thinking a lot about pain and suffering. I’ve written about this topic before but this week, it kept coming up in the things I was reading and studying—so here we are again.

In the words of my favorite talk from At The Pulpit, “for the purposes of this discussion, suffering is anything that hurts badly, in any way.”

If you’ve never hurt, you can go ahead and close out of this blog post.

A few days ago, I was talking to someone who explained to me that at the end of Christ’s life, people, in essence, said (and I’m obviously taking liberty with the wording here), “You’ve worked all of these miracles; we’ve seen them. Now is the time to save yourself. You’ve healed the blind and raised the dead; certainly, you can get out of this predicament.” But you know what Christ did? He said, “Get behind me. This is what I came here for.” Essentially, He said to that pain, “Bring it on. I know what I signed up for.” Now, I am not suggesting that Christ never looked for a way out. In fact, we know that He did when He asked, “O my Father, if it be possible, let this cup pass from me” (Matthew 26:39). I’ve always found this reassuring because Christ was perfect so apparently, this isn’t a sin. But I think where we go wrong is the point where we take it a step further. Christ didn’t ask why He just asked if there was any other way.

Earlier this week, I was watching one of Oprah’s Supersoul Sessions and the speaker, Glennon Doyle Melton, said that she once spoke with a woman who said that her family was broken and her little boy was in so much pain. This mother said that every day she looked at her son and said to herself, “You had one job. My one job was to protect him from pain and I couldn’t do it.” Glennon asked the woman for three words to describe the kind of man she was trying to raise and the woman replied, “I want him to be kind and I want him to wise and I want him to be resilient.” Glennon explained to this woman that it is by overcoming that we develop those characteristics. She then asked, “Is it possible that we’re trying to protect our children from the one thing that will allow them to become the people we dream they’ll be?’

Being an absolutely perfect Father, I think God gets this.

On this week’s episode of our All In podcast, I asked Spencer Hyde, someone who has struggled with severe OCD his entire life, why he thinks God allows people to have mental health issues and he spoke of reversals—those times when we think something is setting us back but that thing ends up benefiting us. He said, “It’s those reversals we crave in a story, the reversals we crave when we’re in a good movie and the screen goes black and you think your hero’s done. . . . Then you look at your watch and you’re like, ‘We’ve still got an hour!’ And you know they’re coming back stronger. I feel like God is a master of the hero’s journey and He knows what obstacles to put in our way to make us our best.”

I think this is true of why God gives us anything difficult in our lives. Over the holidays, my family and I went to go see Creed II and during the fight scene where Adonis Creed is just getting beaten mercilessly, my mom literally screamed, “Make it stop!” The entire theater heard. It was both embarrassing and hilarious at the same time. If the movie had ended right after that fight, people would’ve demanded their money back and it would’ve gotten a terrible score on Rotten Tomatoes. But you know what? Creed II actually got an 84 percent certified fresh rating on Rotten Tomatoes because after getting lit up in that first fight against Viktor Drago, Rocky takes Adonis Creed to the California desert to the weirdest training facility you’ve ever seen, gets him in ridiculously good shape, and . . . well, I don’t want to spoil the movie for you. 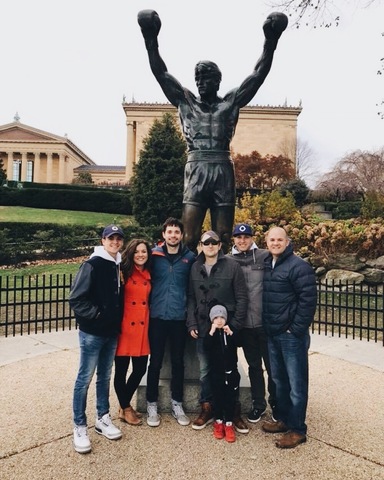 Like Adonis Creed, what we’re trying to become also requires intense training. We’re not trying to become boxers. We’re trying to become more like God. Francine R. Bennion said, “I think suffering on this earth is an indication of God’s trust, God’s love. I think it is an indication that God does not want us to be simply obedient children playing forever under His hand, but wants us able to become more like Himself. … If we are to be like God, we cannot live forever in fear that we may meet something that will scare us or that will hurt us. We have to be able, as He is able, to meet what comes of others’ agency.”

I don’t know about you but when I watch those Rocky movies, I think “Why the heck would anyone want to be a boxer?” And sometimes I feel that way about life. I think, “You mean to tell me I agreed to this? I signed up for this experience?” Other times I feel like my Grandma Judy on Disney World’s Space Mountain roller coaster when she whispered as the ride slowed to a stop, “Dear Lord, please let this ride be over.” (My family has found this quote to be applicable in an unbelievable number of life situations.) But you know what? I think we knew exactly what we were getting ourselves into. Why did we think this was a good idea? Because we knew it was the way to become more like God and that was the thing we wanted more than anything.

So, to you my friend who may be feeling like your screen is going black, look at your watch. Your story does not end here. We’ve still got time to turn this thing around and the beautiful thing is we don’t have to do it alone. While we may each have a hero within us, we also need a hero. We all need saving.

Let’s be real: if you’re at the part in the story where you’re flat on your back in the ring and Paula Jones is screaming, “Make it stop!” you probably feel like you need a hero right now. If I’m being completely honest, I’ve felt like this lately. I need God’s help and I need it right now.

It is likely for this reason that my dad sent me a podcast episode this morning where Julie B. Beck is talking about the passage in the Bible where we read that Christ’s disciples were out in the sea in a boat and the storm comes and the scriptures say, “He saw them toiling in rowing” (Mark 6:48). Speaking of this story, Beck says, “And where’s the Savior? He’s up on the hill watching them go through this toiling . . . and then it says with the wind contrary against them in about the fourth watch, the Lord comes. If you study about what the watches are, this meant they went early in the evening and He let them toil all night and about the fourth watch He came to them. This tells us something about our Savior. He is 'a fourth watch God.' Oftentimes the Lord lets us toil and what does toil do for us when we’re rowing against contrary winds? It builds muscle. It builds strength. It builds determination. It builds hope that the morning will come and something will change. All of that toil is for our good. It helps us and the Savior knows that so He watched His disciples toil. He was building apostles. He needed strong men to do that. We’re not going to be strong if the Lord doesn’t let us toil.”

Just as any good parent hates to see their child go through anything difficult, I believe God also experiences pain when He sees the many different forms of suffering His children experience here on earth. But I think God understands the necessity of pain.

In summary, I guess I’ve been wondering if, in our efforts to become like Him, a big part of this earthly experience is not only to endure pain but to also try to understand it. I’m beginning to wonder if we are not only supposed to survive the winds and the waves but if we are also supposed to find purpose in our toiling. I’m starting to believe the pain is what we came for.