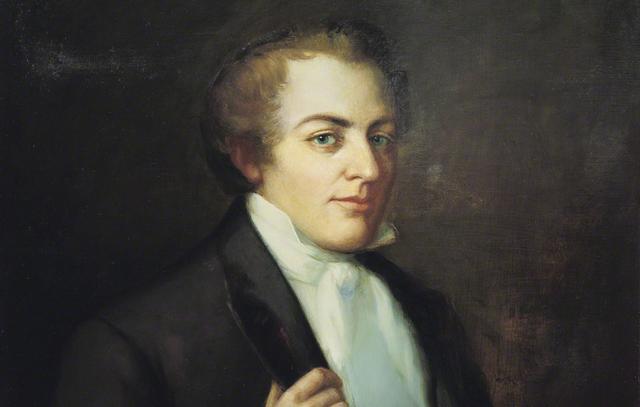 Daniel Peterson: What Joseph Smith's Neighbors Thought of Him, Even When They Disagreed with His Religion

A slightly younger contemporary of Joseph Smith known to us only as “Mrs. Palmer” grew up on property not far from his family’s farm near Palmyra, New York. She never accepted his prophetic claims but has nonetheless left us valuable eyewitness testimony concerning his character.

“My parents,” she would later recall, “were friends of the Smith family, which was one of the best in that locality — honest, religious and industrious, but poor.” She herself first became really aware of Joseph when she was 6 years old:

“I remember going into the field on an afternoon to play in the corn rows while my brothers worked. When evening came, I was too tired to walk home and cried because my brothers refused to carry me. Joseph lifted me to his shoulder, and with his arm thrown across my feet to steady me, and my arm about his neck, he carried me to our home.”

She remembered the “excitement” that followed upon Joseph’s First Vision. Even when a leader from their church visited their home to complain about her father’s friendship with the Smith family, he dismissed the vision as “only the sweet dream of a pure minded boy.” Why? “My father loved young Joseph Smith,” she explained, “and often hired him to work with his boys.” He told the man that “Joseph was the best help he had ever found.”

Mrs. Palmer’s reminiscences appear in the notebook of Martha Cox that are in The Church of Jesus Christ of Latter-day Saints’ archives and are quoted here from “They Knew the Prophet: Personal Accounts From Over 100 People Who Knew Joseph Smith” by Helen Mae Andrus and Hyrum L. Andrus, published by Covenant Communications in 2002.

This high valuation of Joseph as a laborer was shared by others who knew him. For instance, the slightly younger Joseph Knight Jr. knew Joseph Smith from an early age and reported in his autobiographical sketch that Joseph was “the best hand (my father) ever hired.”

The Knights were among the earliest converts to the message of the Restoration. Not so for Mrs. Palmer’s family. The Book of Mormon, with its tangible plates and multiple witnesses and insistent claims, could no longer be indulgently brushed aside as “only the sweet dream of a pure minded boy.”

“Not until Joseph had had a second vision,” she recalled, “and begun to write a book which drew many of the best and brightest people of the churches away did my parents come to a realization of the fact that their friend, the churchman, had told them the truth. Then, my family cut off their friendship for all the Smiths, for all the family followed Joseph. Even the father, intelligent man that he was, could not discern the evil he was helping to promote. My parents then lent all the aid they could in helping to crush Joseph Smith; but it was too late. He had run his course too long. He could not be put down. There was never a truer, purer, nobler boy than Joseph Smith, before he was led away by superstition.”

Theologically, it’s clear that Mrs. Palmer is not a friendly witness. Still, she’s likely an honest one, since her positive judgment of Joseph’s character goes against her evaluation of his religious doctrine. Some others weren’t so fair, though, and it seems plain that much of the later criticism of the Smiths in general and of Joseph in particular was generated by his prophetic claims and their challenge to conventional, accepted religious opinion.

Joseph’s brother William, for instance, seems to echo the idea that young Joseph Smith was regarded as an honest, reliable, hard worker. More to the point, though, he also comments rather wryly on the criticism that came the family’s way, pointing out that negative comments about Joseph’s character arose only after reports of his visions began to circulate:

“We never heard of such a thing until after Joseph told his vision, and not then, by our friends. Whenever the neighbors wanted a good day’s work done they knew where they could get a good hand and they were not particular to take any of the other boys before Joseph either. ... Joseph did his share of the work with the rest of the boys. We never knew we were bad folks until Joseph told his vision” (see “Joseph Smith,” by Robert V. Remini, published by Viking Books in 2002).

It’s difficult, in this case, not to recall the words of Jesus as they are recorded at Mark 6:4: “A prophet is not without honour, but in his own country.” Their neighbors seem to have considered the Smiths as poor but respectable — until Joseph began to claim revelation. Then it all changed.