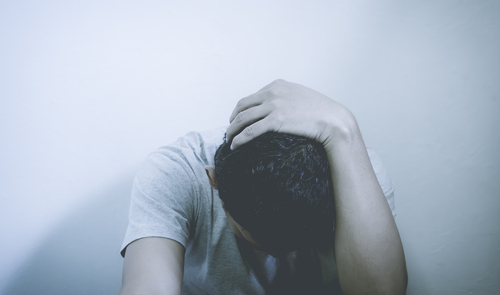 One Friday in 2015, nearing the end of my shift in the ER, an EMS radio call came: cardiac arrest. We were told it was a male, approximately 30-years-old. He appeared to have overdosed and didn’t have a pulse. The day before, arguing again with my 29-year-old, heroin-using son, I had threatened to throw him out of the house. He responded that he would kill himself with an overdose. After the EMS report, I rushed to call my son—he didn’t answer. I called my wife. She hadn’t seen him.

As an emergency physician, anyone arriving in the ER is my responsibility. On that horrible Friday, I stood resolutely in the resuscitation room, trying to hold myself together. I knew that my next patient might be my son. We waited and waited. Finally, EMS called. They had gone to the other hospital. This made me almost certain the patient was my son and EMS must have realized it and tried to spare me.

I tried to call my son again and he answered. For what seemed like minutes, I could not speak. All I could do was cry—sob really. With him using heroin, I had tried to prepare myself for his death; heroin overdoses are common. That night it was someone else’s son. Of course, I still had more patients, so I wiped my tears and splashed cold water in my eyes to clear the redness. Then it was back into the ER like nothing had happened. That part wasn’t too hard. After all, I did it every day as we dealt with our son’s struggles and decisions and then pretended everything was fine.

“It is my conviction, and my constant prayer, that there will come through research, through inspiration to scientists if need be, the power to conquer narcotic addiction through the same means which cause it.”1

Elder Packer’s prayer became my prayer, but seemingly without an answer. We’d been through the blame game, the anger, and shame. We’d pleaded with, begged, and threatened my son. We’d called in favors, sought out experts, read books, and even shipped him off for expensive “rehab” only to watch him use again on the same day he returned.

Despite every effort, we could not change the behavior that was slowly killing him and that every day might suddenly kill him. His behavior, to all appearances, made no sense. The drug he injected was of unknown quality and quantity. His legs and arms became increasingly scarred from injections and infections. He spent time in the hospital for various infections, a drug related seizure, and injuries. He lied to us. He stole and pawned almost everything that could be easily moved from our home to the point that at one time we had almost everything we owned, even furniture, moved into storage so he wouldn’t pawn it. He felt terrible on every level and frequently cried about his behavior but couldn’t seem to stop.

One of our religious leaders said we needed to stop enabling him. Friend and family “experts” told us that we had to let him hit rock bottom before he would turn around. In large part we were being told he had to suffer all the consequences of his behavior or he wouldn’t change. Professionally, I knew where that often ended—if they didn’t die, they often contracted disastrous diseases like HIV. Personally, I knew that Heavenly Father loved me even after repeated mistakes. I also knew that Jesus Christ suffered so that I wouldn’t. Knowing those truths never made me think it was okay to make more mistakes. Similarly, I felt that helping my son, even while he made bad choices, did not make him want to be worse. Whatever people say about enabling addicts, I couldn’t see how making him more miserable would somehow help him want to be better. If my son wasn’t loved by his family on earth while he was seemingly not worth loving, how could he ever believe in an unseen Father loving him enough to send His Son to die for him?

As I watched my son spiral downward, I partially realized this couldn’t be just bad behavior. That was a difficult hurdle, especially with the Word of Wisdom as a mantra in my life as a physician and Church member as a commandment “adapted to the capacity of the weak and the weakest of all saints”.2Surely, if he tried hard enough, couldn’t he quit making such terrible choices? Yet in my son’s words, “Who wants to be homeless, lose their family, have nothing, and destroy their body? No one, but we do. Even when we know we could have the world and all the blessings God is willing to give us, we choose drugs.” His addiction started with bad choices, but I began to believe his continued bad behavior wasn’t a choice.

Elder Packer said it this way:

“Narcotic addiction serves the design of the prince of darkness, for it disrupts the channel to the holy spirit of truth. At present the adversary has an unfair advantage. Addiction has the capacity to disconnect the human will and nullify moral agency. It can rob one of the power to decide." 1

Is drug addiction simply the result of bad choices to try an addictive substance? If it were, then the 64% of US adults that drink alcohol would all be alcoholics.3Amazingly to me, having seen firsthand the power of heroin addiction, only 23% of people that try it become addicted.4And children exposed to substance abuse, separation from parents, and other adverse childhood events (ACE’s) have a marked increase in the likelihood of substance abuse. ACE’s are hardly the fault of the addict. There are also familial and genetic factors that can increase risk of addiction.

For many decades, addiction was identified as a psychological disorder: i.e. behavior. That approach resulted in emphasis on counseling, 12 step programs, and rehabilitation centers. Elder Packer’s prophetic view of addiction, as something far more than simply bad behavior, was almost simultaneously being accepted by the medical community.5Substance use disorder (SUD) is now described as a chronic, relapsing disease, akin to diabetes, hypertension, and emphysema. If you compare SUD to these diseases, they are all partially self-inflicted (e.g. eating too much) but also have unknown factors.

The truth is we don’t know exactly what makes one person addicted to a substance and another able to just try it. As I began understanding addiction as far more than a bad choice, I became less angry and less hurt. I was willing to look for solutions beyond the unrealistic “just say no” or simply shipping him off to get rehabilitated.

As an emergency physician I used medicines that seemed like miracle drugs. Medicines stopped heart attacks, stopped pain, and put people asleep so I could painlessly repair their broken bodies. Why wasn’t there medicine for this terrible, chronic disease? Why hadn’t Elder Packer’s prayer been answered? In fact, it had been, at least partially. But I didn’t find the answers at a medical conference. I learned them from my son. He and others with the disease don’t like being addicts.

One of the great barriers to quitting for people with opioid use disorder (OUD) is terrible withdrawals. I’d held my son on multiple occasions, rubbing his legs, giving him blessings, praying with him and watching what appeared to be terrifying distress. My son describes it this way: “Physical hell, mental agony, and knowing that in 10 seconds you can make it all go away by using makes it near impossible to quit.” Facing that, is it any wonder that so few people quit cold turkey? With my son’s help I learned about medications that help minimize the misery of withdrawal. No amount of hand holding, or counseling can come close to minimizing withdrawal symptoms like appropriate medicine. Unfortunately getting through withdrawal is only the beginning.

Terrifyingly, overdose is common shortly after inpatient rehab and jail. In jail and rehab users have lost their tolerance to opioids. When released, they take their “old” dose and too often die. They are past withdrawals but haven’t lost their desire to use. I’ve had many patients that spent months and even years incarcerated, only to be released and again start using. It is a chronic disease, not cured with simple detox.

Curing a chronic disease like hypertension would be wonderful but simply controlling it with medications saves and improves lives. OUD is no different. Prophetically, Elder Packer’s words suggested a solution: “To conquer narcotic addiction through the same means which cause it.” If we had medicines that went to the same place in the brain as opioids, but with different effects, wouldn’t that be a means to conquer addiction?

I believe Heavenly Father gives us many ways to conquer our challenges, and medication was ultimately an important tool for my son’s recovery. After we had tried so many other things, including counseling and rehab, it was my son who first learned about medication assisted treatment (MAT) for opioid addiction and decided to give it a try. MAT drugs go to the same place in the brain as opioids, but instead of making those with opioid addictions high, they help control the withdrawal symptoms and the continued cravings, giving people like my son the extra help they need to stay sober and make progress.

While it wasn’t as simple as starting my son on a medication and he was suddenly sober, the medications proved to be life changing and part of the miracle for which we'd prayed. He had a few failed starts, but almost three years ago, we tried again with MAT, this time in a secluded rental in the mountains. It still wasn’t easy, and we were awake for many hours. He stayed in the mountains while I went back and forth to work for several days. When he felt stronger, he came home and chose to go to a few weeks of a free inpatient program. He left the program earlier than expected and we dreaded the relapse that we thought would come the next day. But with faith, loving family, and MAT, that day and hundreds more have continued to be miracles.

Undoubtedly, like his addiction, his recovery was and is multifactorial. Family didn’t give up on him. His grandfather put his name in the temple weekly for 14 years. There wasn’t a day his name wasn’t part of many people’s prayers. We learned all we could about the disease and treatment. Ultimately, he chose to change, but he would be the first to tell you he couldn’t have changed without medication.

A Future of Faith

Today my son has a job at an addiction clinic. He’s working on becoming an addiction counselor. He lovingly cares for his wife and two daughters, and earlier this year we gathered as a family for his wedding. All of us, not long ago injured and sometimes angry, gathered in a spirit of forgiveness and love. I cried, with profound gratitude and joy.

There is hope for change with this dreadful disease even if Elder Packer’s prayer has yet to be fully answered. Until that time, I’m grateful for what is available in terms of medicine and counseling. Change is never easy, and we should use all good things at our disposal to change. Unfortunately, not every addiction will end like my sons. Some will end disastrously with a death, but we know that isn’t the end. Knowing that addiction is a disease and not just bad choices, should give us hope now and in the next life. I am forever grateful that my final, completely fair judgement, will come from Christ. He will judge my failings knowing fully not just what I did wrong but also why.