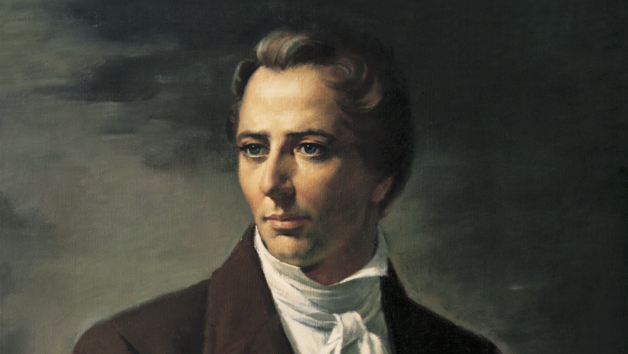 After all, Joseph was, precisely as his own autobiography says, merely an “obscure” young farmer on the semicivilized American frontier whose “circumstances in life were such as to make (him) of no consequence in the world” and “who was doomed to the necessity of obtaining a scanty maintenance by his daily labor” (see Joseph Smith-History 1:22-23, 33).

He didn't have wealth, educational achievements, or aristocratic connections. Even his surname was almost comically ordinary. (See https://blogs.ancestry.com/cm/files/2014/12/Surname-Map-1.png for the most common American surnames by state.)

What were the odds that Joseph Smith would be known, let alone controversial, “among all nations, kindreds, and tongues” and “among all people”?

Yet the prophecy has plainly been fulfilled. Around the world, in scores of countries, on every inhabited continent, upon the islands of the sea, missionaries share the message of the Restoration — and thus, inevitably, the story of Joseph Smith — in dozens of languages. A few weeks ago, for example, I met and sang hymns with fellow Latter-day Saints (including returned missionaries) of the Uros people, who live on artificial islands made of bundles of dried Totora reeds floating on Lake Titicaca, high in the Peruvian Andes.

Inevitably, though, opposition erupts wherever our missionaries preach. Joseph’s name, said Moroni, would be “had for good and evil . . . both good and evil spoken of.”

In the 1950s, a very young Elder John H. Groberg was assigned to serve on the remote Tongan island of Niuatoputapu. As he later reported in his 1993 book The Eye of the Storm, which was eventually filmed as The Other Side of Heaven, the island’s residents were unfamiliar with the great political leaders of the day — Prime Minister Winston Churchill of Great Britain, for example, and President Dwight Eisenhower of the United States — but, thanks to the efforts of a hostile Protestant pastor there, they were keenly aware of Joseph Smith.

Just a few months after the 1978 revelation on priesthood, I found myself in a Christian bookstore in Nairobi, Kenya. I was interested in studying a bit of Swahili and sought to buy a Bible in that language. While picking up my Swahili Bible, though, I was astonished to see two very large shelves of anti-Mormon materials on sale. I don’t know for certain, but it’s possible that there were more anti-Mormon books on those shelves than there were Latter-day Saints in all of East Africa at that time.

Several years thereafter, accompanied by a colleague, I was visiting with the abbot of a monastery in the mountains north of Beirut. Finding out where we had come from, he pulled a copy of the Book of Mormon down from the bookshelf behind his desk. He didn’t think much of the story of the book’s origin, but he was familiar with it.

I have had similar experiences in many places around the world, including places as yet untouched by Latter-day Saint missionaries, as I’m sure others also have. Olivewood statues of Joseph Smith, portrait busts of his wife Emma, and miniature replicas of the Book of Mormon’s Liahona are for sale in shops in East Jerusalem. Papyrus reproductions of the facsimiles of the Book of Abraham are on offer in some of the bazaars of Cairo. One might say, of course, that these shopkeepers know on which side their bread is buttered. But the point is that they know.

How many other frontier farmers born in the first decades of the early American republic are remembered by name today? How many are the focus of international controversy and debate?

How to explain Joseph Smith’s international fame? While scarcely a believer, the famous Yale literary critic Harold Bloom offers one suggestion that should be seriously considered: Joseph, he says in his 1992 book The American Religion, “was an authentic religious genius, unique in our national history.” While not using the word “prophet” in the same way believers do, Bloom’s stance is striking: “I . . . do not find it possible to doubt that Joseph Smith was an authentic prophet. Where in all of American history can we find his match?”