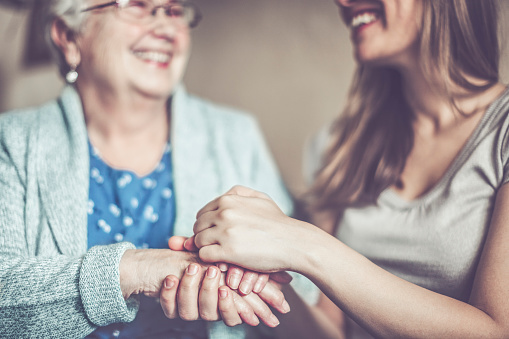 byBrad Wilcox, excerpted from "Born to Change the World: Your Part in Gathering Israel" | Jul. 05, 2019

Imagine a wealthy family in Old Testament times: father, mother, four sons, and three daughters. Who gets the money when Dad dies? Most would point to the firstborn son, but that’s just partly right. If Dad has four sons, his estate is divided into five equal shares. All the sons receive a portion, but the eldest, who has the birthright, receives two—a double portion. The three younger brothers leave with their portions, but the eldest doesn’t go anywhere because with his extra portion comes added responsibility. He is expected to care for his mother and provide dowries so his sisters can be properly married. Even after his mother and sisters are gone, he will stay to govern the affairs of his father’s estate. Of course he will marry and have his own family, but he will spend the rest of his life fulfilling his birthright responsibilities.

Today we do not live in the same way as Old Testament families, but members of the Church have a similar birthright. We have received an “extra portion” temporally and spiritually. It has nothing to do with our birth order in our earthly families or our gender, as it did anciently. It has everything to do with our place in God’s eternal family because of the choices we made before we came to earth and the choices we are expected to make now that we are here.

Some may ask, “Where is our extra portion?” Those who wonder need to remember that one change of shoes puts us among the most privileged people on this planet. Having the ability to read puts us in an even more elite group. When we actually stop and consider how much we have been given temporally, it can be overwhelming.

I saw extreme poverty as I spent childhood years in Ethiopia, Africa, where my father was helping to improve the quality of education. Our family did not eat out much because there were not a lot of restaurants, but I remember one time when my parents took us out for Chinese food. I was just learning to read, so I insisted on having my own menu and ordering my own meal. The problem was that I couldn’t pronounce all the exotic names. Finally, my eyes settled on two words I could read: Devil’s Soup. My parents suggested other dishes, but my mind was made up. When the bowl of mud-colored liquid was placed before me I couldn’t bring myself to eat even one bite. The waiter offered to take it away, but my parents asked him to leave it in hopes I might change my mind. I didn’t. After dinner, as our family headed to the car, a beggar boy about my age approached us asking for something to eat. He was dirty, disabled, and obviously malnourished. My father quickly gave him some coins, and the boy turned and blended back into the shadows from where he had come. I could see that boy was starving while I had just left an entire bowl of Devil’s Soup untouched on the restaurant table.

Along with being given much temporally, we have also been given much spiritually. We enter temples where we receive an endowment—a gift—that other children of God do not yet receive. We make covenants that allow us more access to Christ’s grace—the power of Godliness—than any other people on this planet (see D&C 84:20–21). We learn doctrine—often in Primary—that answers some of the world’s most perplexing theological questions.

On my first mission to Chile as a young man, I sat down on a bus next to a woman who greeted me in fluent English. I found out she had grown up in Canada. Her father was a diplomat, and she had lived all over the world and spoke several languages. She asked, “What are you doing in Chile so far from your home?”

“I’m a missionary for my church,” I responded.

“Then I have a question for you,” she said. “I have asked every priest, minister, pastor, and theologian I have met, and no one has ever been able to answer.”

“When was your church organized?”

That was the mystery question of the universe? None of these preachers knew when their churches started? I did. “April 6, 1830,” I responded.

“Then if your church is true and I have to be a member of your church to go to heaven, what happens to everyone who lived and died before 1830?”

I smiled and said, “That’s a good question.”

“I knew you wouldn’t have an answer.”

“Oh, but I do!” Imagine my happiness as I was able to teach her about temples and work for the dead. That day I realized I had been given an extra portion spiritually. For that very reason, scriptures describe us as a “chosen generation, a royal priesthood, an holy nation” (1 Peter 2:9) brought out of darkness into God’s marvelous light. It is part of our birthright.

Now, with our abundant temporal and spiritual blessings, God expects us to care for our brothers and sisters throughout the world (answering the question, “Why do we have to pay fast offerings and contribute time and money to humanitarian aid efforts?”) and govern the affairs of His kingdom (“Why do we have to accept callings, go on missions, and do family history and temple work?”). It is not unfair for God to ask something from us when He has given so much to us.

In Luke 17 we see a question posed by Jesus that baffles many readers: “But which of you, having a servant plowing or feeding cattle, will say unto him by and by, when he is come from the field, Go and sit down to meat? And will not rather say unto him, Make ready wherewith I may sup, and gird thyself, and serve me, till I have eaten and drunken; and afterward thou shalt eat and drink?” (vv. 7–8). At first it may seem that the master in this scenario is being a little selfish and demanding, but didn’t the servant know the master’s expectations and agree to those terms when he accepted employment? The master is not requiring too much by asking to be served before his servant eats when without him the servant would have nothing to eat. The master is only expecting the servant to do what he or she has been paid to do. Considering the extra portion God has given us temporally and spiritually, is it too much for Him to ask that we do “that which [is] our duty to do” (v. 10)?

One of my wife’s favorite movies is Ever After (20th Century Fox, 1998), a retelling of the Cinderella story. At one point, the prince complains to Cinderella about feeling overwhelmed by the expectations everyone has of him. She responds, “You were born to privilege, and with that comes specific obligations.” The same can be said of us. Because we have been given much, we too must give (see Hymns, no. 219).

Of course, we are free to refuse. No one is forced. Scriptures are full of examples of people who have taken their blessings for granted, become prideful, and fallen (see Moroni 8:27). We read of the prodigal son who squandered his inheritance (see Luke 15:11–32) and Esau who sold his birthright for a mess of pottage (see Genesis 25:33). All blessings and birthrights can be forfeited, but how shortsighted these people have been to trade everything for nothing—to toss aside all that matters most for only what mattered in the moment. Truly they “have labored in vain, [and] spent [their] strength for naught” (1 Nephi 21:4). They have spent “money for that which is of no worth . . . [and] labor for that which cannot satisfy” (2 Nephi 9:51). Too many in our day continue to “sell themselves for naught” (2 Nephi 26:10). We can make a better choice. We can understand, value, and appreciate the birthright we have been given and strive to fulfill the responsibilities associated with it.

“Our destiny as a people,” wrote Latter-day Saint scholars Robert L. Millet and Joseph Fielding McConkie, “is to make a difference in this world, something that we can do only if we are willing to be different.”1 President Russell M. Nelson asked, “Would you like to help gather Israel? . . . Would you, who are the elect, be willing to help find the elect?”2 Let us stand and unitedly say, “We are and we will!” 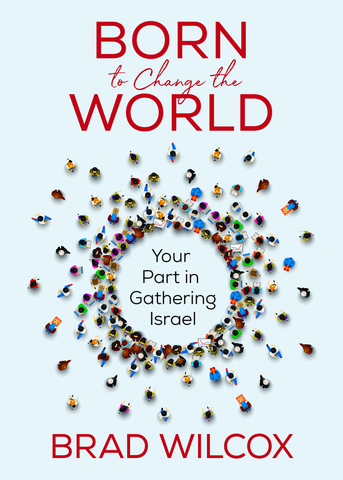 As members of the Church, we are often told to obey commandments because we are children of God or because we have been saved for the last days. But isn't everyone on earth right now a child of God who has been saved? What sets Latter-day Saints apart?

We have a birthright! We have been given much—temporally and spiritually. Now it is time for us to use what we have been given to make an eternal difference for people throughout the world—in other words, to gather Israel.

"Don't let the world change you," writes Brad Wilcox, "when you were born to change the world!"