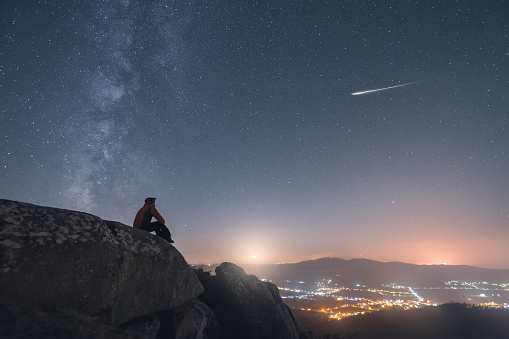 What Prophets Have Said About Receiving Revelation Through Dreams

Daniel, Pilate's wife, Lehi—there is definitely more than one recording in the scriptures of people receiving revelation through dreams.

Whether it was a warning, a lesson, a glimpse of divine destiny, or a combination of all three, there's no doubt the sliver between consciousness and unconsciousness is a receptacle for revelation.

So how do we know it's not just a dream, and why do we receive revelation while asleep?

► You'll also like: A Hawaiian Man Shares His Dream of Heaven That Might Change the Way You Pray

Prophets and apostles throughout Church history have an answer to those questions. Here's what's been said about receiving revelation through dreams and why we receive revelation this way.

We Have a Right to Receive Revelation, Even Through Dreams

Receiving revelation through dreams is not a right reserved for only a few. While enduring his stay at Liberty Jail, the Prophet Joseph Smith shared:

"We believe that we have a right to revelations, visions, and dreams from God, our Heavenly Father; and light and intelligence, through the gift of the Holy Ghost . . . on all subjects pertaining to our spiritual welfare; if it so be that we keep his commandments, so as to render ourselves worthy in his sight" (Ryan C. Jenkins, "Quiet Slumber: Receiving Revelation Through Dreams," rsc.byu.edu).

While we can receive revelation in many forms, there are conditions that need to be met in order to facilitate any communication from God. Elder Richard G. Scott shared a few things we need to do in order to be receptive to revelation in his April 2012 general conference address "How to Obtain Revelation and Inspiration for Your Personal Life":

"One must be ever mentally and physically clean and have purity of intent so that the Lord can inspire. One who is obedient to His commandments is trusted of the Lord. That individual has access to His inspiration to know what to do and, as needed, the divine power to do it."

Even the very act of sleeping, something everyone does, can prepare our minds for revelation. As Parley P. Pratt said:

"When the outward organs of thought and perception are released from their activity, the nerves unstrung, and the whole of mortal humanity lies hushed in quiet slumbers, in order to renew its strength and vigor, it is then that the spiritual organs are at liberty, in a certain degree, to assume their wonted functions. . . . Our spirit body has eyes to see, ears to hear, tongue to speak, and so on. . . . The spiritual organs are susceptible of converse with Deity, or of communion with angels"  (Harold B. Lee, "Divine Revelation," October 15, 1952, BYU Devotional).

Throughout history, there have been many examples of men and women who have seen visions in dreams or received revelation while asleep. President Spencer W. Kimball shared a story in the April 1974 general conference about George F. Richards, the former president of Quorum of the Twelve. "I believe in dreams," President Richards told President Kimball. He continues:

"And then more than 40 years ago I had a dream which I am sure was from the Lord. In this dream, I was in the presence of my Savior as he stood mid-air. He spoke no word to me, but my love for him was such that I have not words to explain. I know that no mortal man can love the Lord as I experienced that love for the Savior unless God reveals it to him. I would have remained in his presence, but there was a power drawing me away from him.

“As a result of that dream, I had this feeling that no matter what might be required of my hands, what the gospel might entail unto me, I would do what I should be."

► You'll also like: 6 Sublime Accounts of Latter-day Saints Seeing the Savior in Their Dreams

How to Tell If It's Revelation or Just a Dream

Revelation can be received through dreams, but not all dreams are revelations. It becomes important, then, that we know when a dream is just a dream or when it is communication from God.

Elder Richard G. Scott explained how we can tell the difference between the two in his April 2012 general conference talk:

"Inspired communication in the night is generally accompanied by a sacred feeling for the entire experience. The Lord uses individuals for whom we have great respect to teach us truths in a dream because we trust them and will listen to their counsel. It is the Lord doing the teaching through the Holy Ghost. However, He may in a dream make it both easier to understand and more likely to touch our hearts by teaching us through someone we love and respect."

Those two themes—an inspired feeling and individuals for whom we have great respect—occur often in revelations received through dreams. As President James E. Faust explained in his April 2003 general conference address:

► You'll also like: The Unexpected Prompting and Miraculous Answer to a Dream That Happened During the Cedar City Temple Open House

But a family member doesn't have to be in the dream in order for it to be communication from God. It could be an angel, as it was with Lehi's tree of life vision, or it could be someone we respect, as Elder Scott suggested.

Franklin D. Richards had a dream involving Brigham Young, who had passed away beforehand. In the dream, he said he was with Brigham Young in the temple in Nauvoo. In the temple, they were sitting opposite each with their "feet in a clear lively pool of water" when Brigham Young began this conversation:

"'Brother Franklin, would you accept it if I should appoint you one of the Quorum?' I replied, 'Brother Brigham, I have always accepted as far as I could, have obeyed every appointment that has been given me, and I always intend to'" (LeGrand Richards, Just to Illustrate).

Two years later, Elder Richards was called to serve as an apostle in the Quorum of the Twelve.

In some cases, no one else is present in the dream but the feeling Elder Scott described is persistent. As Patricia Tarrant described in the 1993 Ensign article "Forewarned by a Dream":

"I woke up from my dream, frightened. It was the same dream I’d had before, and I couldn’t shake the feeling of foreboding as I recalled a phrase from my patriarchal blessing: 'You will be warned of the approach of evil and be protected from harm and accident.'

"The dream was simple but terrifying. The small two-bedroom mobile home where my husband, our three children, and I were living was engulfed in flames. I didn’t know who, if anyone, was inside. But after the dream, I knew with certainty that we must move."

Though having been lucky to find the mobile home and low on funds, Patricia and her husband were fortunate to find a three-bedroom home to move into.

"A week later, I received a call from the cattle ranch," Patricia writes. "'Have you heard?' my friend questioned. 'The trailer you lived in burned to the ground today.'"

What to Do When You Receive Revelation Through a Dream

Once any form of revelation is received, it's important to record it. However, when it comes to receiving revelation through dreams, this is especially true. As Elder Scott explains, "Revelation can also be given in a dream when there is an almost imperceptible transition from sleep to wakefulness. If you strive to capture the content immediately, you can record great detail, but otherwise, it fades rapidly."

Besides helping us recall divine communication, recording revelation through dreams can also bless our lives in other ways.

"In general, recording dreams strengthens the relationship between the Lord and the individual to which the dream is given. As we record inspired dreams, we can more readily see the Lord’s hand in our life and his tender mercies extended in our behalf" (Ryan C. Jenkins, "Quiet Slumber: Receiving Revelation Through Dreams," rsc.byu.edu).

Though you may need help interpreting a dream, it's important to not share a dream containing personal revelation with just anyone.

Though receiving revelation while asleep may seem like an easy thing, there is actually a bit of work involved to make sure we are in tune with the Spirit to receive revelation through dreams. 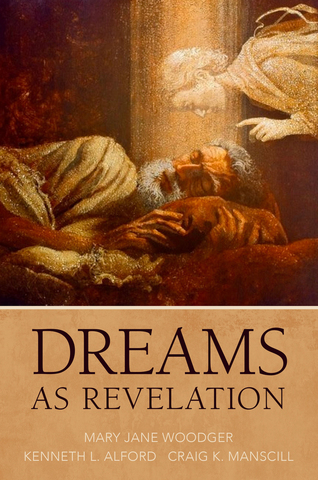 For more about receiving revelation through dreams, check out Dreams as Revelation.

Many times, the Lord's involvement with His children takes the form of significant dreams and visions.

In Dreams as Revelation, BYU Church history professors Mary Jane Woodger, Ken Alford, and Craig Manscill share prophetic guidance and other counsel to help readers recognize when a dream is revelatory in nature.

With a foreword by Robert L. Millet, this book includes chapters about scriptural dreams, dreams in Joseph Smith's family, as well as original accounts of carefully selected dreams received throughout our dispensation, including dreams of the Savior, temple work, comfort, and more. In addition to being personally applicable for how to better understand your own revelatory dreams, this interesting and informative book is a valuable resource for talks, lessons, and family home evenings.