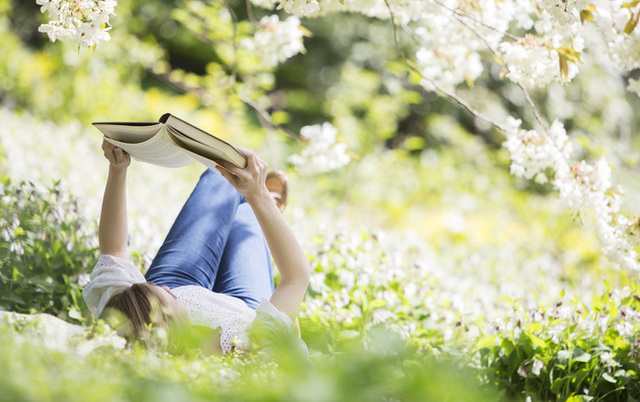 byBrother Brad Wilcox, excerpted from “Changed through His Grace” | Apr. 21, 2021

The following excerpt originally ran on LDS Living in April 2017. Changed through His Grace is now available as a Pocket Gospel Classic.

Robert Robinson was a small boy in the 1730s when his father died and he had to work to help support the family. As a teenager, he fell in with a bad group of friends and lived a wild and worldly lifestyle. One day Robert and his buddies heard that a renowned minister was scheduled to preach in a nearby church, and they decided to attend and heckle him. When the preacher began, however, Robert was captivated by his sermon, and instead of heckling, he left the meeting determined to repent.

At the age of 20, Robert set out to become a minister himself. Two years later, in 1757, he wrote a hymn expressing gratitude for the divine grace that helped him change his misguided life: “Come thou fount of every blessing, tune my heart to sing thy grace; Streams of mercy never ceasing call for songs of loudest praise.”

My favorite line in the text is “O to grace, how great a debtor daily I’m constrained to be!” Robinson recognized he was in debt to God for His grace. King Benjamin taught his people the same principle and told them that even if they tried to repay God by keeping commandments they would still be unprofitable servants. The minute they obeyed, God would bless them and they would be “indebted unto him, and are, and will be, forever and ever” (Mosiah 2:24).

Both Robert Robinson and King Benjamin emphasized our indebtedness to God, but what we must understand clearly is that God couldn’t care less about getting paid back. His joy is found in seeing us value His gift. Receiving grace is like receiving a scholarship. It doesn’t guarantee learning. It facilitates it. The scholarship donor doesn’t want the money back. He or she wants it utilized.

One of the first things I do with my grandchildren when they are born is present each of them with their first books and read to them. I want them surrounded with books and language and love from day one! As the children have grown I have continued to read to them, and now some are old enough to read books to me—which I love. When they do, I hug them and promptly give them more books!

These interactions help me understand how God gives us His grace: “I will give unto the children of men line upon line, precept upon precept . . . and blessed are those who hearken unto my precepts, and lend an ear unto my counsel, for they shall learn wisdom; for unto him that receiveth I will give more” (2 Nephi 28:30).

When I read the parable of the talents, I no longer think just of money or abilities. I think of books: And unto one he gave five books, to another two books, and to another one book. The first two read their books and the lord said, “Well done. You have read a few books. I will now give you more. Enter into my library!” The third servant didn’t care about his book, so the lord ended up taking it away—not because he was being mean or punishing the servant. He took the book away because the servant had already tossed it aside. What good is a book to one who refuses to read? Many missionaries have felt the pain of giving away a copy of the Book of Mormon only to see it discarded by the recipient. This choice says more about the person making it than it does about the missionaries or the book. In the parable, even if the lord had welcomed the third servant into his library, the servant would not have valued anything there. Until he changed his attitude, additional books would have been more burden than blessing.

So it is with receiving grace. “For unto him that receiveth it shall be given more abundantly, even power” (D&C 71:6). “Them that shall say, We have enough, from them shall be taken away even that which they have” (2 Nephi 28:30).

I used to be confused by the many descriptions of God’s power found throughout scriptures. They speak of grace as enabling power (see Matthew 8:17), but also the light of Christ as a transcendent power (see D&C 88:13). We read of the power of faith (see Alma 18:35), the power of the Holy Ghost (see Moroni 10:7), and power from on high promised in temples (see D&C 38:32; 105:11). Scriptures also teach of the power of the priesthood (see D&C 113:8), “the greatest power on earth.” I couldn’t figure out where one ended and the others began.

Finally, I realized that “there is no other power, save the power of God” (D&C 8:7; see also Romans 13:1). Different labels for God’s power do not describe different powers, but varying amounts, uses, and aspects of the same power. For example, a young child who is baptized receives the gift of the Holy Ghost. Years later that same child enters the temple and receives a greater endowment of the Spirit that brings with it greater rights and responsibilities.

Even the Savior “received not the fullness at the first, but continued from grace to grace, until he received a fullness” (D&C 93:13). Richard D. Draper, BYU professor of ancient scripture, wrote, “The Lord . . . first received grace, or divine assistance, from the Father. This grace he extended to his brethren. As he did so he received even more grace. The process continued until he eventually received a fullness. . . . In other words, he went from one power level to another, from one capacity to a greater, until he received a fullness of the Father.” It appears God gives His children power like I give my grandchildren books. Those who use what they receive are granted more. The Savior said, “I give unto you . . . that you may come unto the Father in my name, and in due time receive of his fulness” (D&C 93:19). No wonder we sing, “Our God is pleased when we improve his grace” (Hymns, no. 240) and “the knowledge and power of God are expanding” (Hymns, no. 2).

When investigators first come to church, we do not tell them to leave behind everything they have previously learned about God and grace. On the contrary, as President Gordon B. Hinckley said, our message is: “Bring with you all the good that you have, and then let us see if we can add to it.”

As investigators continue to exercise faith and repent, they receive more grace (see Mosiah 18:10). Each time new members partake of the sacrament they engage with God in utilizing His gifts and welcome more grace into their lives. Soon they enter temples where they make additional covenants showing they are willing and ready to receive even more grace.

By participating in priesthood ordinances, we exercise our agency and elect to receive additional divine power. In hymn 20 (“God of Power, God of Right”) we sing, “Lift us step by step to thee thru an endless ministry.” Joseph Smith taught, “You have got to learn how to be Gods yourselves . . . by going from one small degree to another, and from a small capacity to a great one; from grace to grace, from exaltation to exaltation” (History 1838–1856, vol. E-1, The Joseph Smith Papers, 1971).

Latter-day Saints do not perform priesthood ordinances as empty works in place of faith but as outgrowths of it. They are more than symbolic rituals. As Elder David A. Bednar taught, “They constitute authorized channels through which the blessings and powers of heaven can flow into our individual lives. . . . Ordinances received and honored with integrity are essential to obtaining the power of godliness and all of the blessings made available through the Savior’s Atonement.” Making covenants is not a declaration that we don’t need grace but an indication that we are ready to receive more.

Some Christians say ordinances are unnecessary works because we are saved by grace, but ordinances are not acts of earning, qualifying, or meriting grace. They are acts of accepting and receiving it. Those who listen carefully during the endowment hear the word receive many times. In the endowment we do not see portrayals of Christ in Gethsemane, on the cross, or leaving the tomb because the endowment is not about how Christ gave us the Atonement. Rather, “The story of Adam and Eve is the story of receiving and engaging His Atonement” (Elder Bruce C. Hafen and Marie K. Hafen, The Contrite Spirit, 19). We receive grace the same way Adam and Eve did—under the direction of those who possess priesthood keys (see D&C 13:1; 29:42) and by choosing to make and keep covenants. And covenants, taught Kevin J Worthen, President of Brigham Young University, “bring not only commitments, but they bring spiritual power.”

In the Doctrine and Covenants, we read the phrase new and everlasting covenant (see 22:1; 131:2; 132:4), which does not refer only to baptism or temple marriage, as some have taught. Rather, it refers to the sum total of all covenants and obligations found within the fullness of the gospel (see D&C 66:2; see also Joseph Fielding Smith, Doctrines of Salvation, 1:156). Everlasting means these covenants are unchanging and span eternity (see D&C 132:7). New means they have been restored in our day.

Elder Marcus B. Nash has taught, “To the degree we thoughtfully and faithfully keep the covenants associated with the ordinances we receive, we will grow in our knowledge of God and experience the ‘power of godliness’ (D&C 84:20–21) by the grace of God through the Atonement of Christ.” With each covenant, we receive more and more of the divine help from God we call grace.

Find more inspiration and insight on grace in Brother Brad Wilcox’s book, Changed through His Grace, available at Deseret Book stores and on deseretbook.com. Also available as a Pocket Gospel Classic.