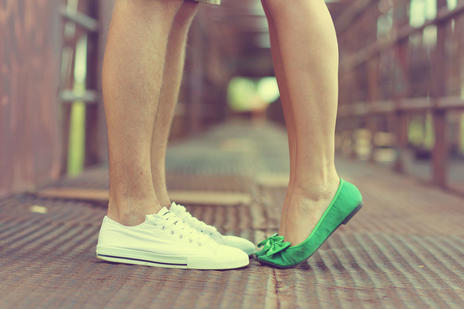 What We're Often Missing When We Teach Youth About Sexual Intimacy, Modesty, and Virtue

Chastity—it's a crucial topic in the Church, one which parents and Church leaders agonize over, pray about, and grapple with when teaching youth. But chastity and abstinence are only one small part of a much larger picture in Heavenly Father's eternal plan, one influenced by powerful principles such as virtue, modesty, and the sanctity of sexual intimacy. So the next time you sit down to discuss chastity with someone you love, keep these ideas and principles in mind as they will help provide context and the reasons behind sexual purity.

Virtue and modesty mean so much more than we often give them credit for.

Modesty has never been about what you wear—it is a way of life, a meekness, and humility embodied in the life of the Savior of the world. Modesty is our willingness and desire to become true disciples of Jesus Christ, which is reflected in our words, actions, and yes, even our appearance. Modesty is a way for men and women to access the powers of heaven and demonstrate to our Heavenly Father we are ready and willing to receive the higher blessings He has in store for us.

To limit modesty to clothing choice cheapens this eternal principle, and to assume what women wear or how they act puts thoughts into another's mind objectifies women, demoralizes men, and ignores the gift of agency—the very gift all of us fought to defend in our premortal life.

Frequently in the scriptures when Christ performs a miracle, the phrase “virtue went out of him” accompanies this event. It’s through the power of virtue Christ healed the woman with an “issue of blood” or the blind man. In Doctrine and Covenants, virtue appears frequently in connection with the priesthood (i.e. by virtue of the priesthood”).

A number of other words could have been used in these verses, but virtue is so fitting because it demonstrates that it is through virtue men and women exercise the priesthood and the full power of their covenants. Virtue itself is a power, the power of our Savior, Jesus Christ, whose own spotless life allowed Him to command the earth and the heavens.

Sexual intimacy is a sacrament.

When we understand the purpose and sanctity of sex, much of the questioning and wondering about chastity disappears. As Elder Jeffrey R. Holland declares:

"May I suggest that human intimacy, that sacred, physical union ordained of God for a married couple, deals with a symbol that demands special sanctity. Such an act of love between a man and a woman is—or certainly was ordained to be—a symbol of total union: union of their hearts, their hopes, their lives, their love, their family, their future, their everything. It is a symbol that we try to suggest in the temple with a word like seal. . . .

"Sexual intimacy is not only a symbolic union between a man and a woman—the uniting of their very souls—but it is also symbolic of a union between mortals and deity, between otherwise ordinary and fallible humans uniting for a rare and special moment with God himself and all the powers by which he gives life in this wide universe of ours.

"In this latter sense, human intimacy is a sacrament, a very special kind of symbol. For our purpose here today, a sacrament could be any one of a number of gestures or acts or ordinances that unite us with God and his limitless powers. . . .

"These are moments when we quite literally unite our will with God's will, our spirit with his spirit, where communion through the veil becomes very real. At such moments we not only acknowledge his divinity, but we quite literally take something of that divinity to ourselves. Such are the holy sacraments. . . . [I]f our definition of sacrament is that act of claiming and sharing and exercising God's own inestimable power, then I know of virtually no other divine privilege so routinely given to us all—women or men, ordained or unordained, Latter-day Saint or non-Latter-day Saint—than the miraculous and majestic power of transmitting life, the unspeakable, unfathomable, unbroken power of procreation. . . .

"And I submit to you that you will never be more like God at any other time in this life than when you are expressing that particular power. Of all the titles he has chosen for himself, Father is the one he declares, and Creation is his watchword—especially human creation, creation in his image. His glory isn't a mountain, as stunning as mountains are. It isn't in sea or sky or snow or sunrise, as beautiful as they all are. It isn't in art or technology, be that a concerto or computer. No, his glory—and his grief—is in his children. You and I, we are his prized possessions."

► You'll also like: A Powerful Letter to Young Mormons About Sex and What They Need to Understand

The Atonement covers everything. Period.