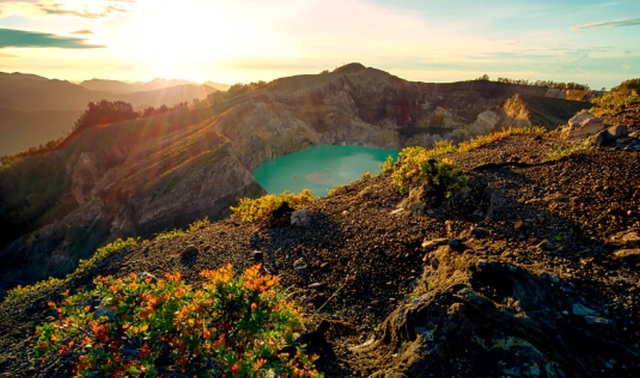 What a Machete-Clad Man Taught Me in the El Salvador Jungle: "The Road Is Good":

On a recent trip with my daughter to El Salvador (murder capital of the world), she suggested we eat at a restaurant that overlooks a scenic volcanic lake. It was to be a nice break from the humble homes we’d been visiting, so we mapped the route and followed Google’s blue arrow toward “the most delicious food we would eat all trip.”

The road, which headed into the jungle, soon narrowed, the pavement ended, and gravel started. No worries. Google’s beckoning blue arrow promised we could confidently drive on. However, the deeper we delved into the wild, the worse the road became. The gravel turned dusty. Dust made way for divots, and every bump we’d hit in our tiny, gutless rental car made us wish we’d opted for a Jeep.

To our dismay, the jungle also thickened, with vines stretching heavenward along both sides blocking out much of the light. The rays that did make it through mingled with the churning dust to create an eerie, glowing cloud, reminiscent of many late night horror movies I’d watched as a child.

To make matters worse, we’d occasionally pass men wearing machetes. They’d step off to make room for our little car to pass and then twist around and track us warily. I avoided eye contact, hoping they weren’t thinking, “We could totally kill these people out here and no one would ever know!”

Our road, soon a trail, not only turned rocky but steep, crawling us down one hill and then chugging us up the next. After maneuvering down one particularly steep incline, I somberly announced, “We can’t turn around. This gutless car would never have enough power to make it back up the hill we just descended.”

We continued forward, eventually coming to a fork that wasn’t showing on our map. I steered left, following the better path, but my daughter soon announced, “The GPS shows us heading off into the jungle. We’d better turn around and follow the road it shows.” In truth, we had no choice. Not much farther ahead, the better road was completely blocked.

Once back on the path, the trail worsened still and soon grass, a good foot high was growing in the median. Could we sue Google? I was officially worried. I was supposed to be protecting my family. Instead, we’d soon be stranded in a Central American jungle and I was the only guy around for miles without a machete.

We inched forward on the weed-ridden path down another steep incline to where I was certain jungle cannibals were gleefully dancing around a waiting fire. Weeds scraped like nails along the car’s belly and I could only wonder if the next rock that banged the car’s underside would take out our oil pan. And then I noticed another machete-clad man hiking toward us. I swear the Jaws theme song began to play and I readied myself to scream like a girl—but there was no need. The man hardly paid attention. I took it as a sign he wouldn’t kill us and so I rolled down my window. “Sir?” I called. He paused, turned and stepped toward us. Then, in a tone as casually as I could muster, I asked, “Is this the way to the lake? And do you think our car will make it?”

He glanced at our tired, dusty rental car and then at the path. Then he looked directly at me and said, “This road will get you there.” And as if he understood my need for more, he added, “The road is good—you will make it!” And as quickly as he had approached, he strode away.

I wanted to scream back, “Are you KIDDING ME? You think the road is GOOD?” I didn’t. He was still carrying a machete. “The road is good,” I mumbled mockingly, as we continued to weave around potholes and boulders.

We pressed on. The road didn’t improve—but it didn’t worsen, and finally, to our relief, the bumpy trail turned back into gravel, which turned into pavement, and within another twenty minutes, the jungle cleared to offer a view of a stunning blue lake surrounded by a ring of majestic volcanic mountains.

We pulled into the restaurant beside other cars (who had obviously come a different way on all paved roads), and it turned out that my daughter was right; the experience was spectacular.

Yet as I gazed across the striking scene from the restaurant’s balcony, I couldn’t get the man’s words out of my head; perhaps because he spoke the truth. He didn’t say the road was easy—free of rocks and bumps—because it wasn’t. Rather, he’d said the road was good, that it would lead to our destination—and what a glorious destination it turned out to be.

It was a lesson I strive to remember: At times our roads will be bleak, steep, and scary. As much as we’d like to turn around, start over, take an easier path, it will be too late. There will be times when our journeys will grow especially trying and we’ll want to stray left or right, trying uncharted paths that seem more inviting, even easier. Sadly, these paths often lead to wasted time and dead ends. During our darkest moments of doubt, we may even look heavenward and wonder why our signal feels so weak and our directions so confusing—and we’ll not only doubt ourselves but perhaps God. Through it all, we must press forward. God has not forgotten us. He knows our struggles. He can see us all clearly. He is carefully watching and cheering us forward, even when we have a hard time seeing him. His message rings clear. “Press on, press on, my children. The road is good.”

Here’s the best part. When your bumpy path finally ends—and it will always end—you’ll find a scene so utterly breathtaking and beautiful, you’ll have trouble finding words deep enough or broad enough to describe the waiting majesty. Yes, the ride through life’s jungle can be trying, but press on, my friends, press on. “The road is good.”

Camron Wright is the author of the bestselling books, The Rent Collectorand The Orphan Keeper. To contact him, visit www.TheOrphanKeeper.com 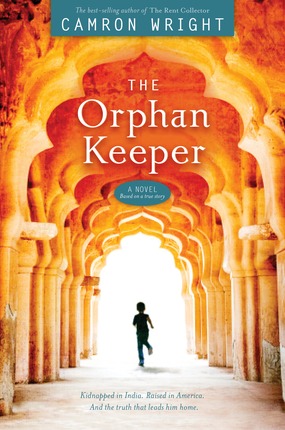 Get more from Camron Wright with his captivating book, The Orphan Keeper.

Seven-year-old Chellamuthu's life is forever changed when he is kidnapped from his village in India, sold to a Christian orphanage, and then adopted by an unsuspecting couple in the United States. It takes months before the boy can speak enough English to tell his parents that he already has a family back in India. Horrified, they try their best to track down his Indian family, but all avenues lead to dead ends.