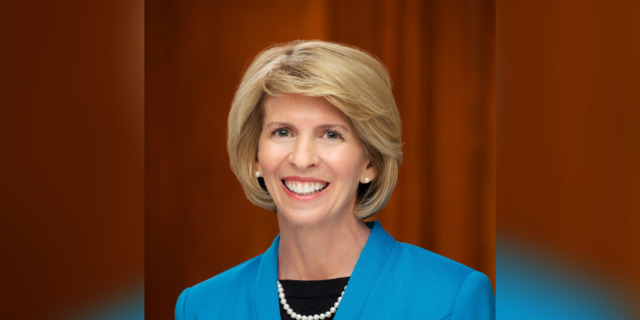 You may recognize Sister Carol McConkie from her service in a previous Young Women General Presidency, but her latest assignment has given her new perspective into the role and influence of women.

Sister McConkie, who served as First Counselor in the Young Women General Presidency from 2013–2018, recently appeared as a guest on the Latter-day Saint Women podcast. In the episode, she talks about her current assignment and serving as a missionary with her husband representing Latter-day Saint Charities to the United Nations in Geneva, Switzerland.

On the episode, she recalls the day her husband came home and told her about the possible assignment. They had discussed serving a mission together at some point, but that wasn’t on Sister McConkie’s radar at the time.

► You may also like: Rosemary Wixom on temple covenants and the spiritual symbolism of temple garments

But Sister McConkie accepted the assignment and has represented Latter-day Saint Charities in Geneva, both in the city itself and now from her Utah home due to the COVID-19 pandemic. One of Sister McConkie’s assignments includes participating in the Committee on the Status of Women, which promotes and empowers women around the world. When co-host Shalyn Back asked Sister McConkie what she would say to other women who may discount their power to make a difference in their own sphere of influence, she shared a powerful insight.

I would say, first of all, that I don't think any of us realize the extent of the influence that we have, whatever role we're in, or whatever way we feel a responsibility—whether it's at home or whether it's at work or whether it's in the school classroom or wherever we are, even if it's just in the grocery store. I would say to these women, “Know that your desire to live as Christ lives and to be as He would be, to act as He would act with kindness, with patience . . . makes a difference.”

And it makes a profound difference in people's lives, but you may never know the extent of that influence, because people don't usually come running back to you and say, “Oh, you made such a wonderful difference in my life.” Sometimes that does happen, and that's a nice thing, but I think the confirmation of our abilities, our capabilities really comes through the Spirit of the Lord, and just a sense that you did something and that felt good.

Listen to the full episode of the Latter-day Saint Women podcast to learn more about lessons Sister McConkie has learned from her United Nations missionary service.