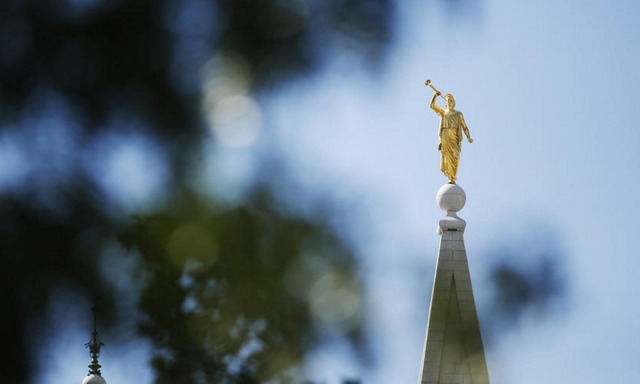 What's in the Leaked Videos of the Apostles' Private Meetings?

A thorough, yet concise, summary from the Deseret News shows how Church leaders are concerned with current events along with what happens in members' lives. Here are the topics, from marriage to medical marijuana to the housing crisis.

"Most of these videos appear to be from briefings received by senior church leaders between 2007 and 2012," said Eric Hawkins, a spokesman for The Church of Jesus Christ of Latter-day Saints. "In these committee meetings, presentations are routinely received from various religious, political and subject-matter experts on a variety of topics."

In an effort to add context and broaden the current narrative, Deseret News reporters watched all 7 hours 42 minutes and 13 seconds of the videos. Our summaries of the content of each video follow, listed from shortest to longest.

Rather than use the titles used by the leaker, some of which editorialize and obscure the topics of the meetings, we have titled them by the subject of discussion.

Year identified in the video: 2008

Presenter: Gerrit W. Gong, then assistant to the president for planning and assessment at BYU

Via video conference, Gong briefs senior LDS Church leaders on the threat of oceanic piracy. He shows slides to give context on threats faced on the coasts of Nigeria, Somalia and Indonesia. He indicates that interviews with Somali pirates suggest a Robin Hood narrative, which they employ to justify taking from the rich (oil companies) to give to the poor. Gong notes the pirate mythology as typified in more than 300 movies about pirates, including “Treasure Island,” “Peter Pan,” “Captain Blood” and others. He shows a few very short clips (33 seconds worth) from Disney’s “Pirates of the Caribbean.” “I show it because, though meant in fun, Captain Jack makes pirating appear good, and traditional authority appear silly,” he says. After invoking Book of Mormon warnings against robbers and thieves, he suggests that, “In our day, it may be worth it to stress that even in times of economic distress it does not entitle individuals to steal from others.”

Presenter: Gerrit W. Gong, then assistant to the president for planning and assessment at BYU