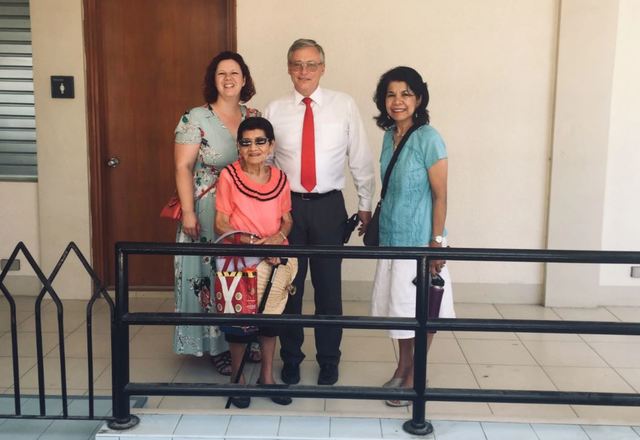 "Having the knowledge of all my own mother endured, and being a part of that legacy, is why I cried when I heard the announcement. It’s why my mom gasped out loud — sitting in the Conference Center and hearing the announcement in person — and was flooded with emotion."

The announcement of new temples is always a joyous occasion, but hearing President Russell M. Nelson announce in October 2019 general conference that a temple would be built in Bacolod, Philippines, sent me into shock. Not only is it where my mom is from and where her family still lives, but it’s where she joined the Church and endured years of persecution for doing so.

To me, having a temple there is a symbol of the power and blessings of faith.

In 1980, my mom, Cora Jardeleza Ius, was a 20-year-old college student and was also working full time. The Jardeleza family had moved to the Bacolod area a decade earlier, after the death of my grandfather. Raising six children as a widow was nearly impossible for my grandmother, Concepcion Jardeleza, so they moved to be close to extended family. At the time the missionaries arrived, they were living in a home owned by an aunt and had several aunts and uncles as neighbors.

Once my mother finally agreed to listen to the missionaries, it took only two weeks for her to read The Book of Mormon and realize she couldn’t deny the truth. Although the family wanted to get baptized, they initially turned down the invitation because they realized it could mean ruin for their family.

Story by Savannah Hopkinson. Lead image of Cora Jardeleza Ius, right, and her mother, Concepcion Jardeleza, second from left, standing at the font where they were baptized in Bacolod, Philippines, in 1980. In this May 2019 photo they are joined by Keith Eager, second from right, and Michael Moore Reed, left. Credit: Courtesy of Cora Ius