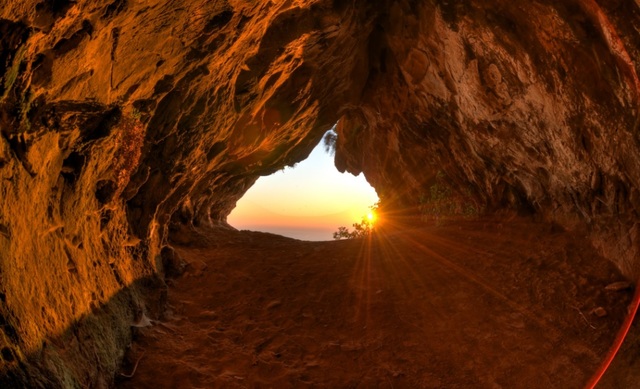 This is the first in a two-part series excerpted from Brent L. Top's book, What's on the Other Side.

We often speak of death as “going home.” In funeral sermons or obituaries the phrase “called home” or “returned home” is used to refer to the deceased’s state. Alma used that term in describing death in the Book of Mormon (see Alma 40:11). Because of the restoration of the gospel, we know that we are literally sons and daughters of God, the offspring of heavenly parents. We lived with them in a spirit realm before we came to earth.

In some significant way, the spirit world will have a feeling of home. It is not the final stop in our eternal journey, for we will still be resurrected and enter into an eternal kingdom of glory. Though there will still be some veil of forgetfulness, a feeling of familiarity with people and principles will prevail—at least for some. President Brigham Young said that when we get to the other side, “[we will] see that [we] had formerly lived there for ages . . . and [we] had previously been acquainted with every nook and corner, with the palaces, walks, and gardens,” and that we will say, “O my Father, my Father, I am here again.”1

This feeling of familiarity is illustrated in several accounts of those who parted the veil in some way and have glimpsed the spirit world. . . . [One] person that had a near-death experience as a victim of an attempted murder described the feeling this way, “Everything that occurred to me while I was in this state of conscious[ness] was vastly beyond anything I had ever experienced and yet at the same time it was familiar—as if I had always known of its existence.”2 . . .

One of the great heartaches that my mother and father experienced in this life was the death of a child. Next to the graves of my Mom and Dad is a small grave that holds the earthly remains of my brother whom I never knew in mortality. He died as a four-day-old baby. What is the spirit world like for him? What is he doing now? I am sure that every parent who has lost a child has wondered those same things. The restored gospel gives us some valuable insight and profound comfort regarding this subject. President Joseph F. Smith declared:

“The spirits of our children are immortal before they come to us, and their spirits, after bodily death, are like they were before they came. They are as they would have appeared if they had lived in the flesh, to grow to maturity, or to develop their physical bodies to the full stature of their spirits. If you see one of your children that has passed away it may appear to you in the form in which you would recognize it, the form of childhood; but if it came to you as a messenger bearing some important truth, it would come perhaps as the spirit of Bishop Edward Hunter’s son (who died when a little child) came to him, in the stature of full-grown manhood, and revealed himself to his father, and said: ‘I am your son.’

“Bishop Hunter did not understand it. He went to my father and said: ‘Hyrum, what does that mean? I buried my son when he was only a little boy, but he has come to me as a full-grown man—a noble, glorious, young man, and declared himself my son. What does it mean?’

“Father (Hyrum Smith, the Patriarch) told him that the Spirit of Jesus Christ was full-grown before he was born into the world; and so our children were full-grown and possessed their full stature in the spirit, before they entered mortality, . . . and as they will also appear after the resurrection, when they shall have completed their mission.”3 . . .

Comfort for Grieving Mothers and Fathers

I believe that my brother who died as a baby was indeed, as the Prophet Joseph Smith taught concerning little children who die before accountability, “too pure, too lovely to live on earth.”4 That doctrine comforts grieving mothers and fathers. I know it comforted my mother. In light of what the prophets have declared, I believe that my parents at their deaths were reunited with their son and are now laboring side by side with him in the great work of the Lord in the spirit world, sharing the gospel, teaching, blessing and strengthening others, and that he will continue that great service until the morning of the first resurrection. Then my mother and father will realize another one of the most comforting promises of the gospel, another kind of reunion.

They will be able to raise my brother in the resurrection. When they come forth on the morning of the first resurrection, my mother will once again have a babe in arms to love and nurture and rear. President Joseph F. Smith stated: “Joseph Smith declared that the mother who laid down her little child, being deprived of the privilege, the joy, and the satisfaction of bringing it up to manhood or womanhood in this world, would, after the resurrection, have all the joy, satisfaction and pleasure, and even more than it would have been possible to have had in mortality, in seeing her child grow to the full measure of the stature of its spirit.”9

I can only imagine the glorious reunion of my parents with their long-departed son. They had been separated for nearly 60 years. Reunion with loved ones is certainly one of the most significant and most joyful conditions of the spirit world. The Prophet Joseph himself looked forward to the joyful reunion with his loved ones on the other side of the veil of death. He said: “I have a father, brothers, children, and friends who have gone to the world of spirits. They are only absent for a moment. They are in the spirit, and we shall soon meet again. . . . When we depart [from this life], we shall hail our mothers, fathers, friends, and all whom we love, who have fallen asleep in Jesus. . . . It will be an eternity of felicity.”10 Brigham Young said: “We have more friends behind the vail than on this side, and they will hail us more joyfully than you were ever welcomed by your parents and friends in this world; and you will rejoice more when you meet them than you ever rejoiced to see a friend in this life.”11

The doctrine of the spirit world being a place of joyous and loving reunion with family and friends is a glorious and comforting doctrine. President Joseph F. Smith said of this doctrine, “What is more desirable than that we should meet with our fathers and our mothers, with our brethren and our sisters, with our wives and our children, with our beloved associates and kindred in the spirit world, knowing each other, identifying each other . . . by the associations that familiarize each to the other in mortal life? What do you want better than that? What is there for any religion superior to that? I know of nothing.”12

Learn more with What's on the Other Side?

The Prophet Joseph Smith observed that death and the spirit world are subjects "we ought to study more than any other. . . . If we have claim on our Heavenly Father for anything, it is for knowledge on this important subject."

Brent Top, a professor of Church History and Doctrine at BYU, highlights the wealth of information the scriptures and latter-day prophets and apostles have provided to us about death and the spirit world—its location and conditions, the nature of departed spirits, and the work performed for and by those there. Removing much of the mystery and fear associated with dying, this book demonstrates that knowing what life will be like after death can help inspire us to live better lives here and now.