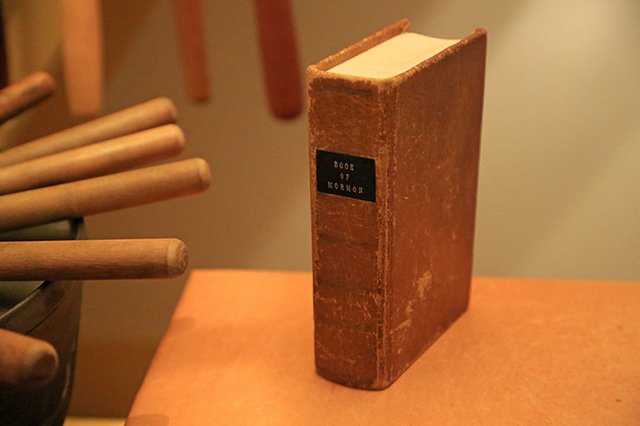 When Joseph Smith Sr. Went to Jail After Refusing to Burn the Book of Mormon

The following was written by Lucy Mack Smith and tells the story of when a Quaker calls upon Joseph Smith Sr. to pay a debt for fourteen dollars. Joseph cannot pay but is given the option to burn some Books of Mormon and be forgiven the debt. Joseph refuses and goes to jail. A large mob gathers to pilfer the Smith home when only Lucy and little Lucy are present. Mother Smith prays that her family will be safe. Son William Smith arrives and immediately breaks up the mob. Samuel goes to help his father in jail. Joseph Sr. works for thirty days in the jail yard to pay his debt, preaches the gospel, and baptizes two people.

On the same day that Hyrum left for Colesville, which was Wednesday, the neighbors began to call, one after another, and inquire very particularly for Hyrum.

This gave me great anxiety, for I knew that they had no business with him. The same night my husband was taken rather ill, and, continuing unwell the next day, he was unable to take breakfast with me. About ten o’clock I commenced preparing him some milk porridge, but before it was ready for him, a Quaker gentleman called to see him, and the following is the substance of their conversation:

Quaker: “Friend Smith, I have a note against thee for fourteen dollars, which I have lately bought, and I have come to see if thou hast the money for me.”

Mr. Smith: “Why, sir, did you purchase that note? You certainly were in no want of the money?”

Quaker: “That is business of my own; I want the money, and must have it.”

Mr. Smith: “I can pay you six dollars now-the rest you will have to wait for, as I cannot get it for you.”

Quaker: “No, I will not wait one hour; and if thou dost not pay me immediately, thou shalt go forthwith to the jail, unless”-running to the fireplace and making violent gestures with his hands towards the fire “thou wilt burn up those Books of Mormon; but if thou wilt burn them up, then I will forgive thee the whole debt.”

Quaker: “Then, thou shalt go to jail.”

“Sir,” I interrupted (taking my gold beads from my neck and holding them towards him), “these beads are the full value of the remainder of the debt. I beseech you to take them and be satisfied to give up the note.”