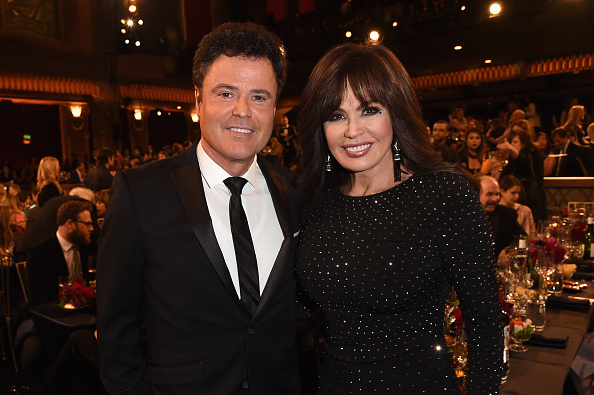 During an interview with CBS Sunday Morning, Donny and Marie Osmond were asked a question many have wondered: Has their squeaky-clean lifestyle ever held them back?

The question follows nearly a lifetime of Billboard chart-toppers, years of Broadway performances, more than a decade of sold-out Las Vegas shows, and other successful ventures.

But the answers were nonetheless a testament to what it took for the siblings to keep their Latter-day Saint values throughout their careers.

In fact, Donny shared on the show about the time his former public relations manager almost executed a fake stunt where Donny would get busted for drugs.

"Was there ever a part of you that thought about doing it?" CBS Sunday Morning correspondent Lee Cowan asked.

The stunt never happened. But an offer for Marie to appear in Playboy did.

After the duo's variety show was canceled and they faced bankruptcy, Playboy called Marie, offering her $5 million to be featured in their magazine.

"And I could have used [the money]," Marie shares, adding. "I wouldn't want to see my mom like that, and I really wanted to be a mom."

Though the famous Latter-day Saint siblings have faced a lot of tough decisions to keep living their values, it seems to have paid off.

With their Las Vegas show nearing its 11th and final year, Marie is stepping into a new role as a co-host for The Talk while Donny works on a solo album.

However, staying in the spotlight hasn't been easy. In 2010, Marie lost her son to suicide. Somethings, she says, you never really get through.

"I think God gives you respites, and then all the sudden it will hit you like the day it did," Marie shared on the show. "The ripple effect is so huge, what you leave behind."

Marie also shares that she was abused backstage, something she never disclosed until she wrote her book Behind the Smile: My Journey Out of Postpartum Depression.

Donny also experienced challenges in the spotlight, including never having time to make real friends during his teenage years.

"I was on the cover of Tiger Beat and 16 magazine," Donny says. "I was probably one of the most popular teen idols of the time but extremely lonely."

However, despite their challenges and heartaches, Donny and Marie seem to remain optimistic about their futures in the limelight.

"Never say 'Never,'" Donny said, "because there might be something around the corner, Marie, that we look at each other and say, 'Let's try it. You know, why not?'"