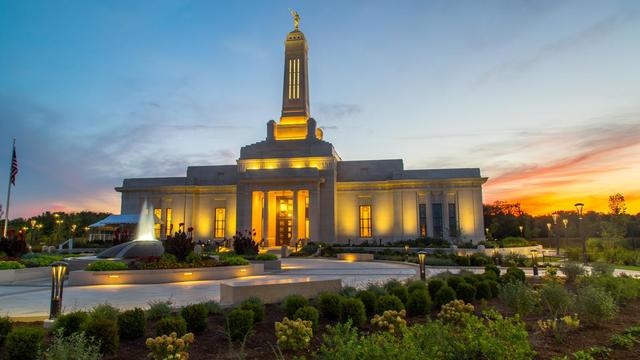 When my grandmother was about to pass away, she made me promise her that I would do all of the “Mormon stuff” in the temple for her.  This was quite the turnaround considering that, at one time, she told me I would break her heart if I served a mission. (During that same time, I felt the support of her husband who had passed away, helping me to continue to move forward with my decision to serve.)

When she passed away, I carefully took note of the day one year later, that her temple work could be completed. The day came and went. I’d thought of doing her work but was just so busy with a baby and a toddler and a husband working the graveyard shift. I did print off the temple cards and did talk to a friend with a daughter in Young Women about doing the baptism and confirmation but the cards were set on the shelf and the conversation was forgotten.

A few years ago, my mom got seriously ill and was in the ICU.  I’d felt nudges from my grandmother to get her work done but, with my mom sick, they became a bit more forceful.  I reprinted the cards and gave them to the friend with a daughter in Young Women to do the first ordinances.

Shortly after that, as I was folding laundry, I ended up with an unmatched sock.  I just put it in the drawer by itself, assuming it’s missing companion would show up eventually. Maybe I’m a little weird, but I do always feel a little bad for the unmatched sock sitting in the drawer without a friend. I thought of my grandfather, just hanging out, waiting for grandma’s temple work to get done so that he can get sealed to her.  As I picked up the laundry basket with the boys’ clothes, I found the missing sock under the basket.  It felt nice to be able to pair up the missing sock with the unmatched sock.  Within a few weeks of my missing sock parable, my husband and I were able to attend the temple and get sealed for my grandparents.

A few weeks ago, a sweet, older sister in our ward asked if she could come visit our house and teach me about family history. I’ve done a decent share of family history and quite a bit of indexing.  (When I was unable to work after my knee surgery a couple of years ago, I figured that, as a pharmacist, I already read difficult handwriting and then type what it says. Indexing is pretty much the same thing so doing that would help my skills stay fresh.)

When she arrived, we got working on FamilySearch. It always seems so random when you choose the person to work on but, then circumstances lead you to believe that it wasn’t random at all. We were trying to find my great-great-grandparents on my maternal grandmother’s side – the same grandmother mentioned above. Both of my grandfathers had strong, unique German names that made some things in family history pretty easy.  There aren’t a whole lot of Grenzebachs out there.

But, with my grandmothers, that was a different story. Their last names were Clark and Johnson. We were trying to find out the name of John Johnson’s wife.  Ha!  Do you know how many John Johnsons there are in Minnesota?  As we were looking, a Johan Jansson kept showing up and I just had a feeling I needed to pursue him.  But, I committed too late and, like that friend’s Facebook post you intended to read later, his information had disappeared again to the caverns of the internet before I could confirm that Johan Jansson was in fact the Swedish version of my John Johnson.  We called it a night without an answer to the mystery.

Within a few days, I called my mom asking her questions about it.  She said she thought she had some of that stuff written down somewhere and that she’d look for it.

Prior to explaining what she found, we need a little backstory.  Back in the late 80s/early 90s, I remember sitting at dinner at my grandmother’s house and her talking about a cousin, Eric Roberts, who had been in a few movies and how his sister, Julia, was also starting to act. As it turns out, it was Julia Roberts that really created a name for herself.  (No, I haven’t met her and haven’t sought her out at all but it definitely was helpful when playing “Two Truths and a Lie.”)  The same grandmother is related to Greta Garbo.  Little did I know just how helpful it would be to have a couple of famous cousins.  Since Greta is dead, it was easy to find some of her lineage and attach it to mine. 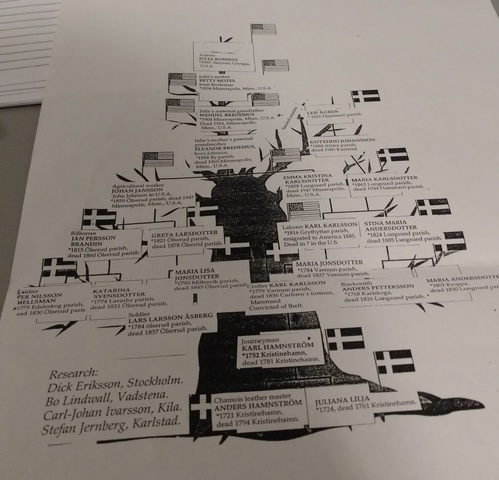 The package that my mom sent me contained a lot of information and pictures, but the picture of the family tree was definitely the one I was most excited about. Back in 2002, my grandmother had gotten a letter from a relative in Sweden that explained all the connections the Swedish relatives had to Julia Roberts.  They had made this whole section of the family tree (with Julia at the top).

In the middle of the picture you can see my great-great-grandfather Johan Jansson and his (long sought after) wife Emma Kristina Carlsdotter.  Thanks to some helpful connections and the Spirit of Elijah, I was able to match up another pair of socks and open up a whole new sock drawer.  I’m excited to see what is hidden in there.