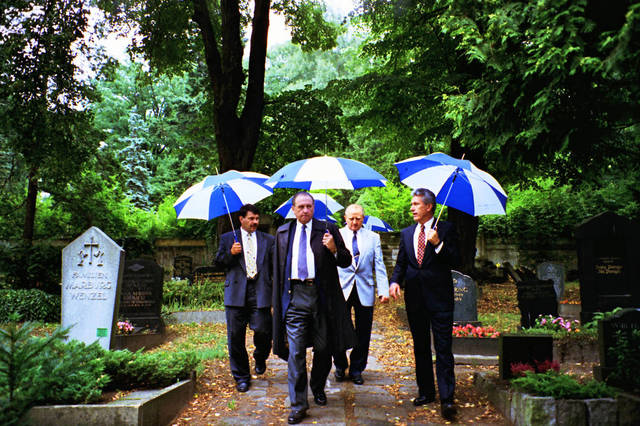 While visiting a missionary's grave in East Germany during the Berlin Wall era, President Monson saw a powerful example of love and respect through the actions of a young deacon.

President Thomas S. Monson loved to be among members of The Church of Jesus Christ of Latter-day Saints. He seemed to be “at home” wherever he went.

This was especially true when he went to Germany, which he visited multiple times, dating back to his early years in the Quorum of the Twelve Apostles. He made his first trip to the German Democratic Republic (East Germany) in 1968 when he was assigned to supervise the Europe area, which comprised all the missions in Germany, Austria, Switzerland and Italy. Later, when those missions were transferred to another member of the Twelve, then-Elder Monson retained responsibility for all countries behind the Iron Curtain.

I went with President Monson and his wife, Sister Frances J. Monson, to the former German Democratic Republic. I wrote about that visit in recent issues of the Church News (see Church News, issues week of June 10 and July 8, 2018). I’m focusing this article on our visit to St. Paul’s Cemetery in Dresden on Aug. 26, 1995.

We went to the cemetery just a couple of hours after we arrived in Dresden on a rainy Saturday afternoon.