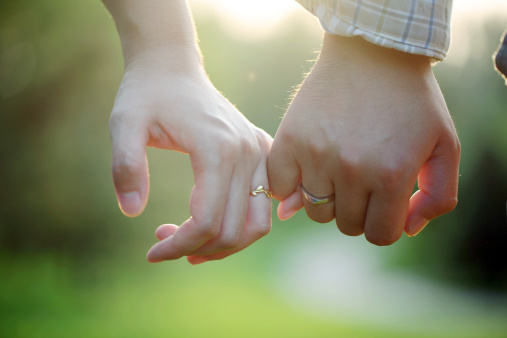 When a Spouse Uses Pornography: 7 Ways You Can Find Healing

The heartbreak that comes after finding a spouse is using pornography is intense. To help members heal after this heartbreak, the Church released an article listing seven vital behaviors that can bring hope and comfort.

Amy made the choices every parent desires for a son or daughter. She was sealed in the temple after receiving a strong spiritual impression to marry her husband.

Prior to their wedding, her husband-to-be made a courageous choice as well, admitting to her that he had used pornography.

A short year later, Amy realized that his struggle with pornography was not in the past. Three years into their marriage—when they had an eight-month-old baby—Amy suffered the unimaginable pain of her husband’s having an affair and being subsequently excommunicated from the Church.

How did Amy survive the heartbreak? How do the many other women and men with similar circumstances survive their pain?

Many spouses and other family members of pornography users have discovered helpful and hopeful behaviors common to their own and others’ journeys. And they have courageously shared their stories.

The Church website OvercomingPornography.org terms seven of these common behaviors as “vital behaviors.” These behaviors—experienced at an individual pace and in an individual order—have proven to be, for many, vital to emotional, mental, and spiritual healing.

Learning about and addressing the trauma, self-blame, and other reactions a person has when discovering pornography use by his or her spouse.

When Eva found that her husband was involved with pornography, she felt “intense pain, anger, heartache, depression, and obsession.” Obsession is actually a common feeling for someone who experiences the trauma of betrayal of a spouse’s pornography use, and Eva’s behavior in response to these intense emotions is also not unusual. She began to obsess about her husband and his actions. Where was he? Who was he talking to? What was he doing? His pornography and sex addiction became the center of her life, and she desperately wanted to fix him, believing that if she could get his problem under control, they would be happy.

When Jamie learned of her husband’s pornography use, she reacted with an understandable desire to control whatever she could. She thought she could arrange the life of her husband, Jon, so he wouldn’t seek instant gratification through pornography, and he would, therefore, have no other option but to choose righteousness. She wrote daily lists for him: what he could do for fun and what chores he needed to complete.

A pivotal moment in Jamie’s journey came when her bishop was inspired to emphasize, “Jamie, this is not your fault. Nothing you are doing is making him look at pornography. He is choosing.” And just as she was not the cause of his looking at pornography, she also could not be the cause of his stopping. Intellectually, she already knew what the bishop told her, but Jamie says that after the bishop’s reminder, “the lists stopped. I gave up trying to control his behavior and trying to force him into righteousness—and I focused on myself.” In effect, Jamie gave herself permission to feel her own hurt and to work on her own recovery.

After Jamie’s realization, Jon struggled and relapsed often, but he took responsibility for his own actions. And as they each worked on their own healing, Jon and Jamie found that they could heal better as individuals and as a couple.

Another turning point for Jamie and Jon came when one of their children needed a blessing. They called their home teacher, who bravely explained that he was seeking help to deal with his own struggles with pornography. He offered to find someone else to give the blessing. That openness lessened the shame Jon and Jamie felt about their own situation, and Jon finally felt safe enough to discuss his addiction with someone besides Jamie.

When the home teacher’s wife offered to talk with Jamie, Jamie didn’t see the point since her talking wouldn’t fix Jon—and at that point, fixing him was her goal. Yet after she and the home teacher’s wife visited, Jamie felt lighter. Nothing had changed. Jon still struggled, but she was relieved that someone else knew what she was going through and her world hadn’t come crashing down.