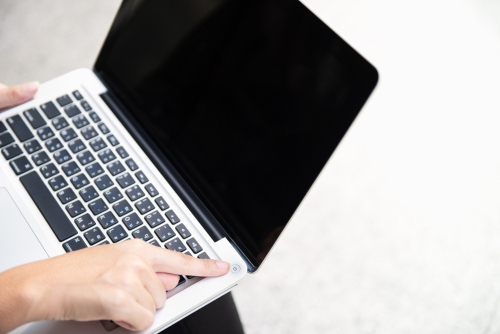 It’s a common term that has been used for decades to describe unwanted viewing of sexual images. But according to Cameron Staley, a licensed psychologist at Idaho State University, it’s a term that doesn’t quite hit the mark.

“The words that we use have power,” he says. “If you just think of the word ‘addiction,’ instantly my mind thinks of ‘disease.’ It thinks of ‘helpless,’ ‘out of control,’ ‘nothing I can do about it.’ So, if we label ourselves as an addict it almost eliminates our agency completely. It’s like, ‘Well, there’s nothing I can do. This is out of my control.’”

But in most cases, viewing pornography isn’t actually out of one’s control, Staley claims. During his graduate studies with his mentor, Dr. Nicole Prause, Staley compared the brain patterns of individuals who view sexual images to those who are addicted to drugs. While he had expected to find neurological evidence proving the similarities between these brain patterns, Staley discovered the opposite to be true—they looked nothing alike. Using the term “addiction” may not be the most helpful way to classify unwanted pornography viewing, he realized.

Instead, repeated and unwanted viewing of pornography could be considered a compulsive behavior, he says. This behavior is often triggered by feelings such as stress, anxiety, loneliness, or boredom. To avoid processing these emotions, individuals will resort to a variety of coping mechanisms including eating, going online, shopping, gaming, or viewing pornography.

“If we’re not aware of what’s going on, we stay in that compulsive pattern and keep viewing over and over again,” Staley continues. “There are lots of things we can do to satisfy emotions instead of trying to distance ourselves from them.”

Recognizing one’s emotions and satisfying them doesn’t have to be a complicated process. Reaching out to a friend when feeling lonely, going on a walk when stressed, or simply taking a breath and resetting can make all the difference in whether or not an individual engages in a compulsive behavior.

If a friend or loved one does engage in viewing pornography, Staley says it’s important not to immediately label the behavior as an “addiction”—even calling it a compulsive behavior could be a little misleading as every case is different. Additionally, as individuals understand their agency and rely on the Atonement of Jesus Christ, they can feel empowered to make changes in their lives.

“I believe the Adversary attempts to convince us that, ‘You are horrible, that you should never tell anybody, never reach out for help, don’t even use the Atonement, don’t talk to anybody—he wins. We shut down. We withdraw,” Staley says. “But if we view it as, ‘Oh wow, I’m doing something that’s inconsistent with my beliefs, let’s understand what’s going on, the Atonement still applies to me. I’m not a bad person, I’m just doing things that I don’t want to do.’”

According to Staley, religious people feel distress when viewing pornography “as high as other people that are viewing at really high rates,” even if they don’t view it as often. Through his research, he has also discovered that believing you are “addicted” may maintain unwanted pornography viewing in the future.

“Believing you’re addicted takes away the hope, and when we don’t have hope, we do things to soothe ourselves, and the one strategy these individuals have come up with to soothe themselves is viewing pornography,” Staley says. “That’s the cycle.”

Often, Latter-day Saints who struggle with pornography are those who have “really high standards for themselves,” or who “tend to externalize their faith a little bit more” and are trying to follow their standards perfectly, Staley continues. This creates something of a paradox—if that individual has an unclean thought or looks at a sexual image, he or she feels shame more severely because they did something inconsistent with their values—and the cycle continues.

Considering pornography as a symptom, and then identifying what’s generating that symptom, can help individuals move forward. Whether that looks like identifying an underlying mental health concern, engaging in therapy, receiving social support, better nutrition, increased physical activity, or mindfulness, there are more options than one might think.

In today’s busy world, one of the last things individuals do is take a moment to check in with their emotions, Staley says. But slowing down and being mindful can help break the cycle of shame and compulsive viewing of pornography.

Latter-day Saints can help change the current narrative around pornography not only by avoiding labeling, but by normalizing struggles in general and talking about it more openly. If Church members open up more regularly about the challenges they face—whether that’s mental health, living the Word of Wisdom, viewing pornography, or anything in between—it can foster a sense of acceptance and belonging.

Talking about the sacred nature of procreation, how sex is connecting in a marriage, and how it is pivotal to the plan of salvation is also an important conversation to have as Church members. Being more open about the topic can help others understand and manage sexuality responsibly, Staley says.

Parents can also take steps to help their children before they encounter pornography. According to Staley, many children start viewing pornography between the ages of 8 and 12 simply out of curiosity about their bodies and the opposite sex. Teaching them early on about the anatomical names of their body parts and having regular conversations about body development can help create a trusting environment between parents and children in the home.

When a child does come across pornography, parents can use that as a teaching opportunity, Staley says. For example, if a child comes across a sexual music video, parents can take a matter-of-fact approach and explain what pornography is to help prevent it from becoming a habit in their child’s life.

“Let them know that it’s normal to be curious about what bodies look like . . . let them know that people start to view it more when they try to manage stress and that it can be really disconnecting—it’s not an effective way to manage those emotions,” Staley says.

There are a number of resources available for those who are attempting to overcome repeated unwanted pornography viewing. The Church has a series of videos on the subject in addition to the Addiction Recovery Program, and therapy has also proven to be effective.

Besides Church resources, Staley says that Acceptance and Commitment Therapy (ACT), which has been used at Brigham Young University for the past 15–20 years, has also been successful for many. Research from Utah State shows that individuals who participated in 12 sessions of ACT were able to reduce their pornography viewing on average by over 90 percent. The approach focuses on mindfulness, increasing emotional awareness, and encourages people to pursue their values, while changing the perspective that they’re an addict.

“This doesn’t have to be years and years of really extensive, painful work,” says Staley. “People can begin overcoming their pornography viewing when they receive the right guidance.”

If one method doesn’t work, Staley continues, don’t give up. While some might struggle with pornography more than others, there is always hope.

Hope PornographyHope,Pornography,
Comments and feedback can be sent to feedback@ldsliving.com