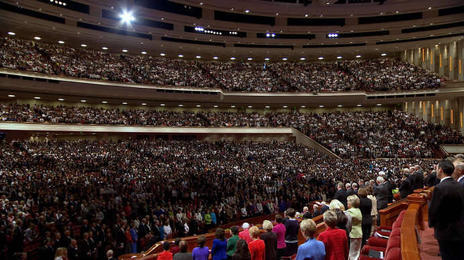 By almost all accounts, 2012 was an extraordinary year for The Church of Jesus Christ of Latter-day Saints in terms of media scrutiny and public awareness.

For a variety of reasons — most notably the American presidential campaign of lifelong Mormon Mitt Romney — the LDS Church was featured this year in numerous television specials, magazines, newspaper articles and radio programs around the world. Google reports that there have been more Internet searches including the word “Mormon” during 2012 than in any of the previous eight years.

Largely due to the presidential campaign, the media attention to all things Mormon was “unprecedented,” said Quin Monson, associate professor of political science at Brigham Young University.