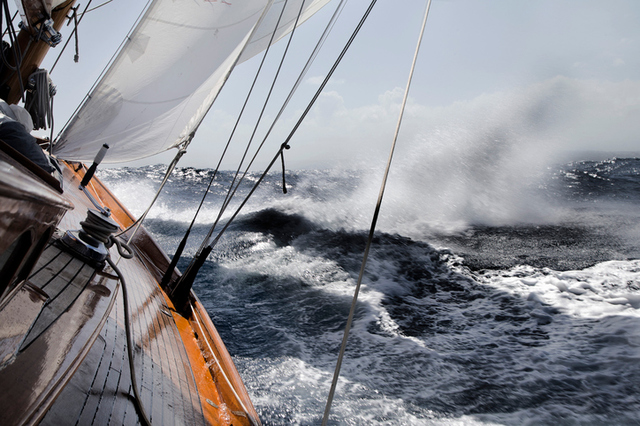 Why Didn't Nephi Just Push Laman and Lemuel off the Boat? 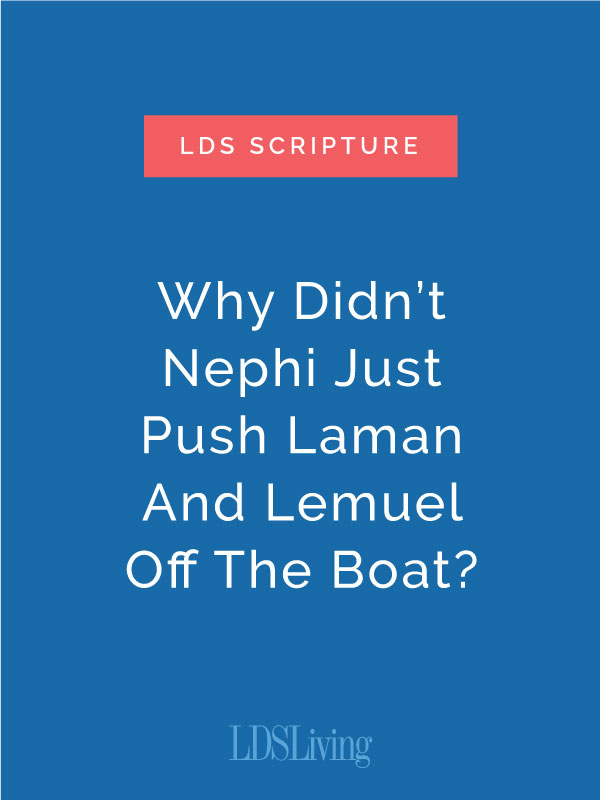 Sometimes when I read the Book of Mormon, I get so frustrated with Laman and Lemuel.

Laman and Lemuel were the older brothers of the prophet Nephi. At the very beginning of the Book of Mormon, their father, Lehi (who was also a prophet), was warned by God to take his family and flee from Jerusalem (because it was about to be destroyed).

From that moment on, Laman and Lemuel began their illustrious careers of complaining. They didn’t believe that Jerusalem would be or could be destroyed and they didn’t want to leave their wealth and social status behind.

Nevertheless, Laman and Lemuel went with their family into the wilderness and eventually (albeit begrudgingly) helped their brother Nephi build a boat. Lehi’s family then took this boat and sailed to the Promised Land.

After sailing towards the Promised Land “for the pace of many days” Laman and Lemuel, along with several others, “began to make themselves merry, insomuch that they began to dance, and to sing, and to speak with much rudeness, yea, even that they did forget by what power they had been brought thither yea, they were lifted up unto exceeding rudeness” (1 Nephi 18:9). When Nephi asks them to stop, Laman and Lemuel become angry with him, bind him for three days, and beat him.

It’s at this point that I say, “Just push Laman and Lemuel off the boat! Honestly, Nephi! You’re large in stature. Break your chords in a heroic fashion and knock ’em off the side! You’ve been pushed around by your older brothers long enough.”

Over and over again, Laman and Lemuel have proven that they’re about as useful as a pile of wet logs. They complain, they beat up Nephi, they denied the power of an angel, they want to go back to Jerusalem, and they’ve openly talked about killing their family members. I mean, at what point do you say, “Enough is enough!”?

But that’s never Nephi or Lehi’s reaction. They are constantly and consistently reaching out to Laman and Lemuel—pleading with them to come back into a full, familial embrace. They never ask them to go back to Jerusalem, they don’t fight against them, they don’t speak ill of them, and they don’t push them off the boat.

In short, no matter what Laman and Lemuel do, Nephi and Lehi still love them.

From this, I’ve learned two things:

2. Look for the Laman and Lemuel inside of yourself. Ironically, I’ve been reading the scriptures and criticizing Laman and Lemuel. In reality, I’m perhaps more like them than I know. Although they did it begrudgingly, Laman and Lemuel did almost everything they were asked to do. How often have I complained about things I knew I had to do? How many times on my personal journey have I looked back at “the good ol’ days” in Jerusalem instead of looking towards the Promised Land with an eye of faith? Even while writing this post, I’ve discovered new ways in which I’ve been like Laman and Lemuel.

Given that insight, I’m glad that Nephi didn’t push Laman and Lemuel off the boat. I’m glad that he never gave up on them because it teaches me something about the nature of God—a Being that will never give up on me.

Seth Adam Smith is the author of  Marriage Isn't for You and the new novel, Rip Van Winkle and the Pumpkin Lantern.