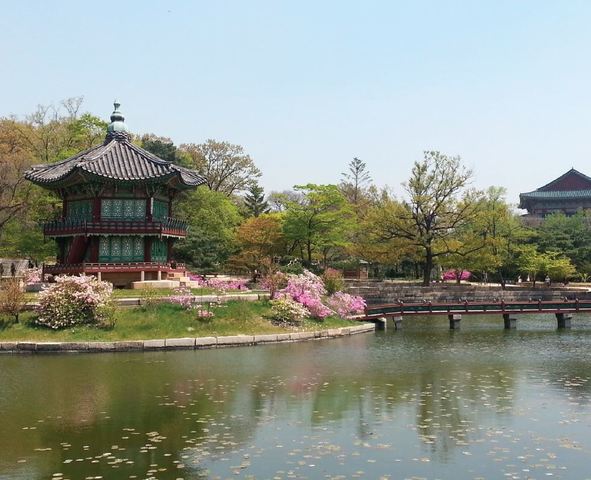 It can be difficult for members in South Korea to live life according to the teachings of the gospel when society teaches them to blend in. But despite the uphill battle of standing for what they believe in, these faithful Saints find joy in living the gospel of Jesus Christ. Here are four things to know about the Saints in South Korea: 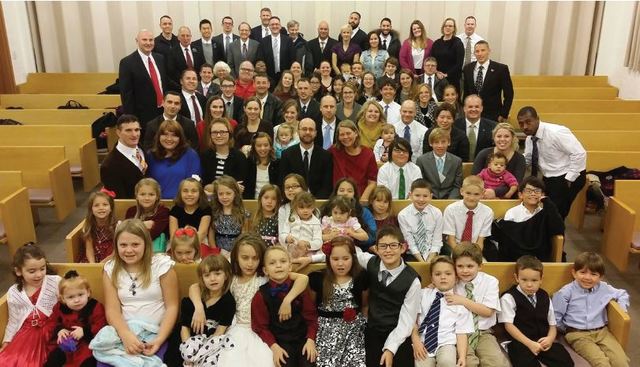 But they do place high value on family—including their ward family. Heather Wood, a recently returned missionary who served in the Korea Seoul Mission, has seen firsthand the toll that the fast-paced Korean lifestyle can take on families in the Church. “While traditional Korean values support the gospel," she says, “it is a very busy, competitive society, which usually keeps people from actually spending time together with their family.”

But despite the increasing demands of society, members make their families a priority. President Brent Christensen worked side-by-side with these faithful Saints when he served as president of the Korea Seoul Mission from 2012 to 2015. “They are family-centered people and very proud of their heritage,” he says.

Because there is such an emphasis on respect for ancestors, many seniors live with their children and grandchildren. “The underlying respect of the elderly and ancestors and the importance of education are hallmarks of the way they think about and treat other people,” Christensen says.

This trademark is clearly visible at any ward or branch gathering, where the oldest members of the ward are greeted by the younger members with a bow and then led to their seats. “In Korean language and culture, you refer to non-relatives in family relation terms like ‘big sister,’ ‘little brother,’ ‘grandpa,’ or ‘auntie,’” Wood says. “For a ward or a branch, that means they act a lot like family.”

In fact, many members throughout South Korea are as close as family, even though they live far apart. “They have the opportunity to interact with one another in Church leadership, youth, and YSA activities,” says Christensen. “Many have served missions and know one another from different parts of the country, having served together or with other family members or friends.”

In sacrament meeting, that concept of a true ward family is taken one step further. It’s uncommon for a Korean family to have a regular pew where they sit together each Sunday. Instead, families often sit randomly interspersed with other members they love and support just like family. “Sometimes it’s hard to tell which kids belong to which family,” Wood jokes.

“When I call somebody ‘big sister’ or ‘big brother,’ there is an understanding about our relationship and how I can rely on them for support,” she continues. “I love those relationships that I have with Koreans. They make very faithful friends, like family.”

2. Seniority is highly valued—in the workplace and at church.

That feeling of family comes from a long heritage of people who have fought many wars to maintain their language, traditions, and land. For Koreans, the good of the collective is more valuable than that of a single person. “We value us more than individuality,” says Jin Hyoung Park, a South Korean member
who works for the Church as a translator. “We value community more than my home. This is because Korea has been a single-race nation, and all the people in the community feel that they are all family to each other in the past.” Here, it is better to blend in than to stand out. And yet, within this collective society, members choose every day to be a “peculiar people.”

In Korean culture, one is expected to acquiesce to seniority, whether at home or in the workforce. For example, it’s not uncommon for work friends to get together for drinks after a long day, and “if the boss said to drink, everybody should drink,” Wood says.

Park further explains, “So there are only two options—not attending these get-togethers, or attending but refusing to drink. Either way, Saints would be at a disadvantage for promotions and become outsiders.”

“Members often have to put the Word of Wisdom above social and professional expectations,” says Wood. And in a society that values educational and professional success, that means members frequently risk the scorn of others to keep the commandments.

3. They often postpone education for up to four years to fulfill other duties, including a mission.

Sacrifice isn’t something new to members in South Korea. For many, it’s just another day as a disciple of Jesus Christ.

Since every male in South Korea is required by law to serve 21 months in the military, choosing to serve another 24 months as a full-time missionary can delay receiving a college education by many years. This can put young returned missionaries at an automatic disadvantage in their pursuit of a degree. Yet, many still choose to serve.

Wood knew of a Korean elder in her mission who had been accepted to Seoul National University—widely regarded as the most prestigious university in the country. “While he was serving his mission, the school contacted him and told him that he risked losing his spot if he continued serving instead of registering for classes,” Wood recounts. “He made the difficult choice to keep serving, having faith that it would work out.” 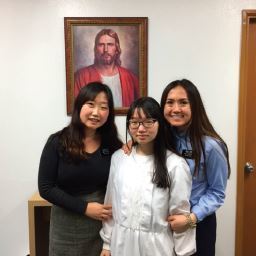 And he’s not the only member making sacrifices for the Lord. Many Saints who attend the Seoul Korea Temple travel there through the night on cramped buses after exhausting work weeks. A typical temple trip will start around midnight on Friday night when members will drive to the temple and arrive around 4:30 a.m. They attend multiple sessions and perform other ordinances until late Saturday afternoon. Then they leave early enough to drive through the night once more to attend their church meetings and fulfill their callings on Sunday mornings.

“Members in Seoul who are closer to the temple come regularly—often the same day and session every week,” says Christensen.

4. The gospel first came to Korea because the president of South Korea sent a man to America to learn about nutrition.

A man named Kim Ho Jik was sent to New York in 1949 by the president of South Korea to learn how to improve Korean nutrition. Little did anyone know that the Lord had an additional, greater purpose for

While attending Cornell University, Jik went to various church meetings to find one that felt right—not unlike another young man in New York during the 1820s. Jik soon became friends with Oliver Wayman, a Mormon who gave him a copy of The Articles of Faith by Elder James E. Talmage. Jik read it and then quickly moved on to read the Book of Mormon. He gained a testimony of its truthfulness and was baptized in the Susquehanna River in July of 1951. After he was baptized, Jik heard a voice saying, “Feed my sheep.” From that day forward, he dedicated his life to bringing the gospel to his fellow countrymen.

When he returned to South Korea, Jik attended church with LDS servicemen stationed there. With Jik helping to translate, these men began spreading the gospel to other Koreans. In 1952, the first baptisms in the country were performed for four of Jik’s investigators.

It didn’t take long for Church leaders to realize that the gospel was taking root in South Korea. In 1955, President Joseph Fielding Smith dedicated the country for the preaching of the gospel. He was inspired to send missionaries to the war-torn land, where the people soaked up the gospel message like soil soaking up rain after a drought.

In July of 1962, the Korean Mission was officially organized. By 1967, the Book of Mormon had been successfully translated into Korean, and the gospel was spreading. Members referred their friends to the missionaries almost faster than the missionaries could teach them.

After a few decades of rapid growth, the first temple on the Asian mainland was announced. In 1985, thousands of members rejoiced when the Seoul Korea Temple was dedicated by President Gordon B. Hinckley, then the First Counselor in the First Presidency. Today, there are nearly 90,000 members and four missions in South Korea. 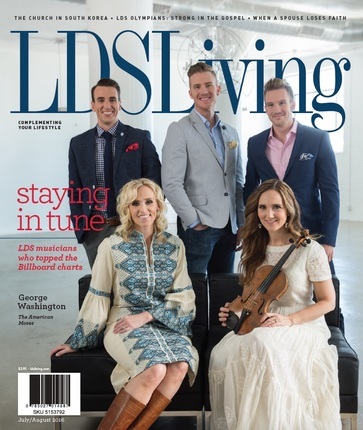 For more neat stories like this one, check out LDS Living's July/August 2016 issue, available at Deseret Book stores or on desertbook.com.