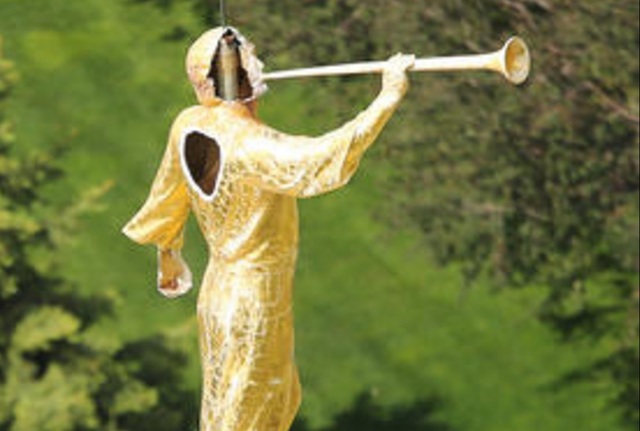 Moroni was just doing his job.

The statue of the Book of Mormon prophet that rises high on a spire above the Bountiful Temple was struck by lightning Sunday afternoon, but that's one of his twin purposes.

Statues of the angel Moroni on most temples of The Church of Jesus Christ of Latter-day Saints are more than symbolic landmarks. They also are equipped with lightning rods, which means they are designed to attract lightning strikes away from other parts of the faith's 150 operating temples around the world.

The first Moroni statues were bronze, copper or aluminum. The bronze figure on the Washington D. C. Temple, completed in 1974, weighs 4,000 pounds.