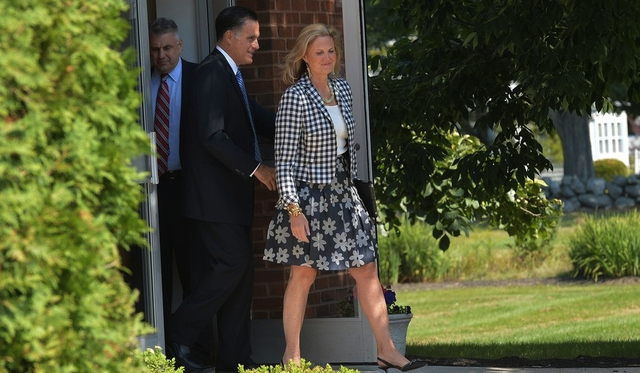 Why Mitt Romney decided to start talking about Mormonism again

Ann Romney Tuesday night became the first member of the Romney campaign this year to use the word "Mormon" in public, marking a new turn in a five-year debate inside Mitt Romney's circle about how to handle his faith.

Since Romney announced his second presidential campaign 15 months ago, his strategy in dealing with questions about his Mormon faith could be boiled down to three steps: duck, dodge, and weave. But in the past two weeks, the candidate and his team of advisers have made a dramatic about-face in their approach to the religion question; allowing reporters to tag along with the family at church, instructing surrogates to cooperate with cable news specials about Mormonism, and devoting valuable primetime chunks of the Republican convention to anecdotes about the candidate's church service — an unexpected series of moves that comprise, as one campaign adviser conceded, "a total 180."