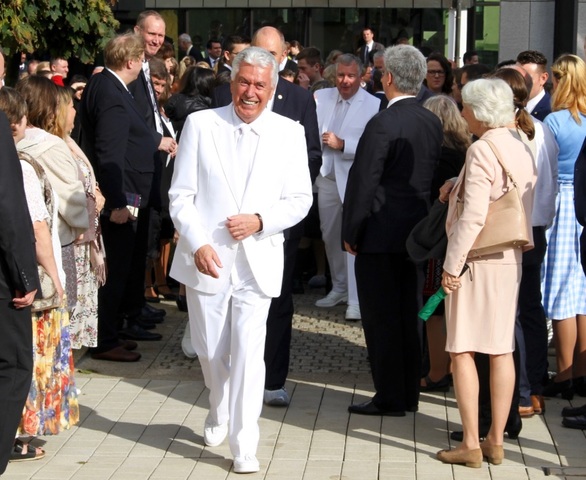 Why More Apostles Are Presiding at Temple Dedications Than Ever Before

Since President Russell M. Nelson became prophet in January 2018, 17 temples have been dedicated or rededicated. But what makes that number unique is that, out of the 17 dedications, President Nelson has only presided at two.

More than ever before, President Nelson is assigning members of the Quorum of the Twelve Apostles to preside at dedications and rededications of temples of The Church of Jesus Christ of Latter-day Saints instead of attending them himself.

“I get more joy out of the fact that Elder Ulisses Soares dedicated the Fortaleza temple than if I had done it—I really do,” President Nelson said, according to Church News. “I’m so happy that he’s had that experience. It’s made a new man out of him. I mean, he was perfect before, but now he’s even more spiritual, more like the Lord than he ever has been, because of that experience. And I enjoy watching it happen.”

President Nelson said it brings him happiness to watch his brethren perform the work of the Church around the world. He compared it to taking children on a fishing trip and how one is happier watching their child catch a fish than catching a fish oneself.

“These brethren are so loyal. I love them—like my own brothers, like my own sons,” President Nelson said.

► You may also like: From Groundbreakings to Dedications: 58 Ways Temples Made History in 2019

- When President Nelson was in Brazil in September 2019, Elder David A. Bednar dedicated the Port-au-Prince Haiti Temple.

- In May 2019, President Henry B. Eyring rededicated the Oklahoma City Oklahoma Temple on the same day President Nelson held a devotional in Sydney, Australia.

When he was an apostle, President Nelson presided at two dedications: the Sapporo Japan Temple in 2016 and the rededication of the Nuku’alofa Tonga Temple in 2007. In total, he has dedicated or rededicated five temples.

READ THE REST OF THE STORY AT thechurchnews.com.