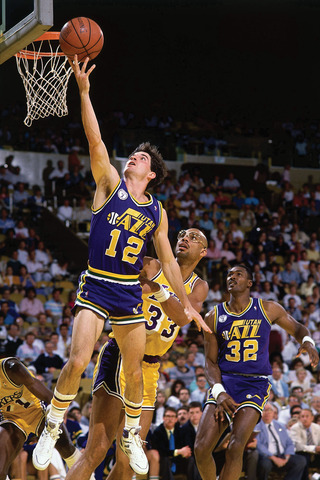 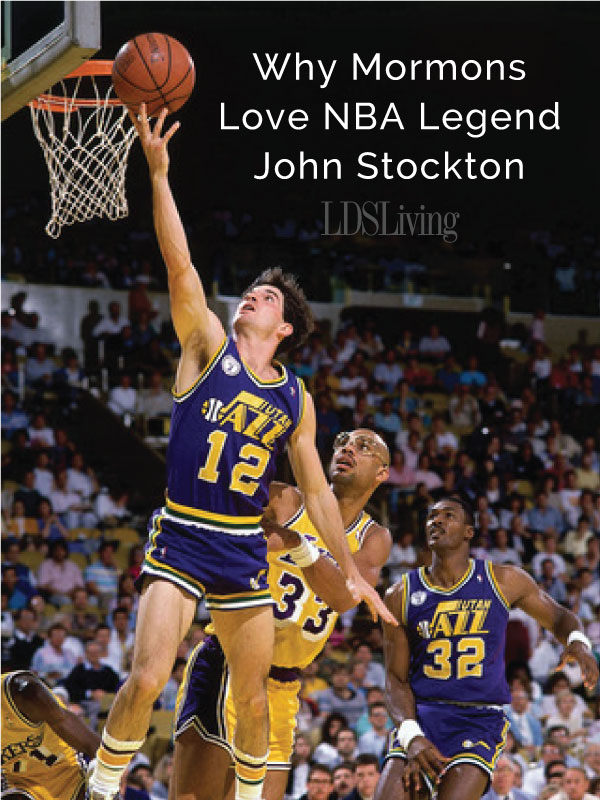 Why do Mormons love NBA legend John Stockton? Yes, he demonstrated incredible skill while playing for the Utah Jazz, which was owned by Church member Larry Miller. But beyond that, here are three reasons LDS faithful admire this Hall of Famer.

1. Faith
John Stockton is a devout Roman Catholic. Church members are certain to respect him for staying true to his values, even with all the fame and fortune that came with his career with the Utah Jazz.

In the foreword of Stockton’s new autobiography, Assisted, former team member Karl Malone writes: “From the very first, I realized that what you see is what you get with John. Stockton never wavered one iota from his beliefs. He never shared them publicly, so people thought he didn’t have them. He did, and he stayed true to them.”

Stockton also built close friendships with many Church members and respected their beliefs. He writes, “I became friends, in some cases close friends, with many of the Mormon faithful. Most of these friendships were a result of our mutual association with the Jazz. Jazz owner Larry Miller was a member of the LDS Church, as were many of the people who worked for him in all of his businesses. These people, all of a different faith than me, not only made my opportunity with the Jazz possible, they enhanced and enriched the experience.”

Did you know John Stockton has been married to his wife, Nada, for 27 years and is the father of six children?

Stockton calls fatherhood “an incredible gift.” While Nada stayed home full time with the kids, Stockton made every effort to be a hands-on dad. He writes, “We began our new life as a family, trying to incorporate our responsibilities as parents into our hectic NBA lifestyle. We decided to bring our children along most places, diaper bag and all. I know we probably missed out on some fun times as a couple because we were intentionally strapped down. But when the avalanche of memories floods back, I wouldn’t make any trades. The memories of times spent throwing footballs in the basement, taking first bike rides, and sword fighting with wrapping paper tubes are irreplaceable. Even the trying times with the children brought rewards that we treasure.”

John, Nada, and their growing family

After signing with the Utah Jazz, Stockton moved to Utah and chose to live in a cheap one-bedroom apartment.  He recalls, “At $125 a month, a small, below grade, furnished flat was the cheapest place I could find near our practice facility. With my apartment nestled between two other units and practically underground, the ambient temperatures stayed pretty constant, so I didn’t turn the heat on in the apartment. But after hearing me sniffle through most of January, Thurl Bailey came over and made me turn on the heat! ‘Spend it, Stock. You can’t hide your money under a rock.’ I wasn’t convinced.”

He continues, “My conservative lifestyle was a direct extension of my natural tendency toward saving money. Everyone knew I was pretty tight. This trait literally paid dividends down the line. My needs were simple: they were limited to food, housing, and gas, and I was able to save a substantial part of my salary for a rainy day. Later, when I needed cash for important things, such as a home, I was able to afford the purchase without borrowing. I knew that having a house bought and paid for would put me way ahead in the financial game.”

John and his son Houston vacuuming together in their Salt Lake apartment, 1988

Stockton’s success in the NBA is impressive to say the least: He left the NBA after 19 seasons with the Utah Jazz, holding a massive assist record, including the career mark (15,806). He also twice led the league in steals—with a career total of 3,265—and retired as the NBA’s all-time leader. And during Stockton’s career, the Jazz never missed the playoffs. But more important than success in his career, he has also succeeded as a loving husband and father, and that is something worth celebrating.

To learn more about this extraordinary athlete in his new autobiography, Assisted. Available at Deseret Book. You can also check out some of his best moves in the video below.