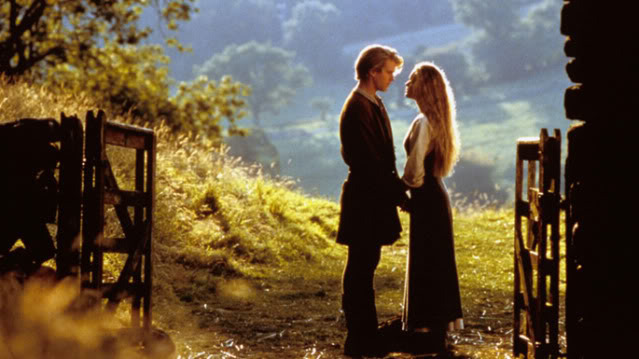 Why Mormons Love The Princess Bride 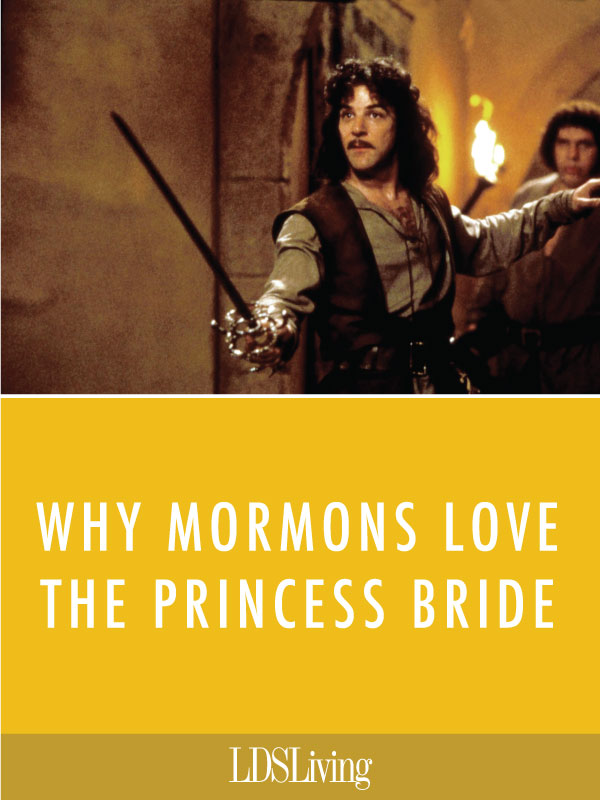 As a culture, that tongue-in-cheek statement is really quite accurate. Nearly every Mormon loves The Princess Bride, and if they don’t love it, they’ve at least seen it. And I openly confess: I love it more than most Mormons. I don’t even remember the first time I saw it, but I can guarantee that it was definitely before I graduated from Primary. I might not be able to quote the entire movie word for word—but I’m pretty darn close.

And I’m not the only Mormon who’s enamored with this true love story and its side-splitting clean comedy. We just love Westley and Buttercup and all their goofy sidekicks: Inigo, Fezzik, Miracle Max, and even the not-so-raspy-voiced albino from the Pit of Despair. Somehow the odd combination of quirky, quotable characters makes this one of the most beloved (by Mormons, at least) movies of all time.

Nearly every member can quote Inigo Montoya’s famous line, “You killed my father. Prepare to die.” I cannot count how many times I've heard a Mormon say that line. Inigo's purpose in life has been only to revenge his father’s death, and we love him for his loyalty to his father’s memory—not to mention his hilariously exaggerated Spanish accent. “Are you sure nobody’s follow us?” 'Nuff said.

And I’ll never know how they turned wresting champion Andre the Giant into Fezzik, the lovable, rhyming teddy bear. But one can’t help but quote his adorable rhymes interspersed throughout the film. Members love his gentle and caring heart, which stands out in contrast to his intimidating size. (Although perhaps waking up Inigo by repeatedly dunking his head in hot and cold water might not have been the kindest way to “nurse him back to health.”) But I would wager that the size of Fezzik’s heart appropriately matches the strength of his brute force. After all, according to Miracle Max, he is the brute squad.

But enough of the good guys. On to the bad. The Princess Bride is filled with villains who are frightful, but not terrifying enough to bring on nightmares. And above all, they’re also quite hysterical. Vizzini’s constant misuse of the phrase, "Inconceivable!" is also quite inconceivably funny. Even Prince Humperdink makes me giggle: “I've got my country's 500th anniversary to plan, my wedding to arrange, my wife to murder, and Gilder to frame for it. I'm swamped.” Somehow, even the villains are entertaining. I think this may be one reason that LDS parents feel comfortable letting their children watch this film.

But most of all, I think Mormons cherish the message that true love can conquer all the unfairness of life. I love how the story shows us that sometimes life isn’t fair. We see it when Westley tells Inigo, “Get used to disappointment.” And later on, the grandpa asking young Fred Savage, “Well, who says life is fair? Where is that written?”  The movie doesn’t shy away from exposing the thorns of life—even death. But then it turns right around and shows that miracles do happen (albeit sometimes chocolate-coated) and in the end, “death cannot stop true love. All it can do is delay it for a while.”

For Mormons, this movie has everything: lovable characters, clean comedy, true love, and good morals. Although I’ll warn you now. Yes, this is a kissing movie.

Tell us what you think of this classic movie in the comments below!