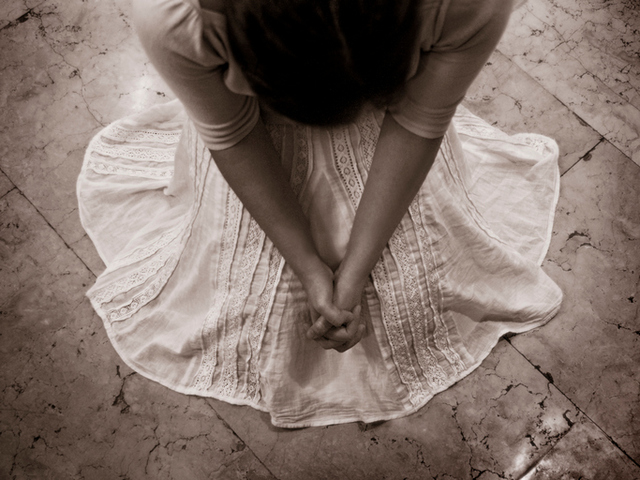 After Her Son Committed Suicide: The Unforgettable Lesson One LDS Mom Learned

Stories are a huge part of Kathryn Jenkins Gordon's life. As an author of more than 100 books and the managing editor of Covenant Communications, she knows how to tell a good story—including her own.

Gordon's story is one of the featured stories in Endure it Well, a film that captures the trials and spiritual triumphs of LDS members.

"The number one thing was reliance on the Lord," Gordon says about her experience. "And you know I think when we say, 'oh, endure to the end,’ well what choice do you have? You’re going to endure to the end. I think the key is to endure well and enduring well involves relying heavily on the Savior."

And Gordon says she had to rely heavily on the Savior during the harrowing events that encompassed 15 months of her life.

From the time they were small, Gordon says that she knew two of her sons had rough experiences before she and her ex-husband adopted them. At 18 and 22 months, the boys were old enough to absorb some of those experiences, leading one son to become chronically depressed from a young age.

"A week before we got him when he was 22 months old, he had walked into a barbecue grill and had gotten a third-degree burn on his arm and didn’t even cry—he was that depressed," she says.

Gordon's other son was diagnosed with bipolar along with five other mental disorders.

Despite inpatient and outpatient treatments, medication, and therapy, her bipolar son attempted suicide several times. Each time Gordon and her family were able to intervene and save him, but his therapist told Gordon that, due to the nature of bipolar, her son was likely to keep attempting to commit suicide.

Then, on her birthday, Gordon's 17-year-old son with bipolar walked onto a vacant lot where there was no one to intervene and hung himself.

Six months later, Gordon's husband left her and the Church.

Within a few months, Gordon was hit with another tragedy.

Seeking for ways to self-medicate for depression, Gordon's other adopted son turned to marijuana when he was 15, unbeknownst to his family. As time went on, he turned to other drugs as well. By the time he was 20 years old, Gordon's son had accidently overdosed on heroin and cocaine and died in Gordon's family room.

During this 15-month period, she was also laid off her job of 13 years.

Gordon says her mother later asked her how she didn't curl up in a fetal position in a closet somewhere from all the trials she faced in such a short amount of time.

Gordon told her it was through the Holy Ghost.

"I was really blessed because I could feel the Holy Ghost so powerfully almost that entire 15 months that I felt like that if I turned really quickly I would see Him," she says. "That’s how real He was to me. And, you know, the Lord talks about how He will bring us the peace that passes all understanding and I experienced that because I can’t understand, even looking back on it now, I can’t understand how or why I felt so peaceful, but I did. I know it came from Him."

She also received blessings in unexpected ways. After she was laid off, Gordon said she would be awakened every day by a bird singing the same song outside her window. But coming at 6 a.m. every morning, the serenade lost its charm.

But while praying one night, Gordon said she felt a strong impression that that bird was there for her.

"The thought came to me really strongly that the bird was sent by the Lord and that song was to cheer me up and to start my day out on a happy, positive note," she says. "And I looked at that bird completely differently from that day on. I was so happy to hear it out there singing and so happy that Heavenly Father would care enough about me that he would do something so simple as sending a dopey little bird to sing a song to me to start my day out on a happy note."

She also found comfort in the scriptures. The night her 20-year-old son overdosed, she prayed for a scripture to help her make sense of what was happening to her. Rather than a verse in Doctrine and Covenants or The Book of Mormon like she expected, Gordon was strongly prompted to read the Book of James in the New Testament.

"I started reading, and the first verse basically says greetings from James, and then the second verse Joseph Smith translation says, ‘Count it as pure joy when you enter many afflictions for they will teach you patience,'" she says. "And then the next verse basically says that patience is an attribute of godliness. And I know that Heavenly Father did not cause my son to die, but if I use that experience to develop patience, that He loved me enough that Je would be helping me to develop an attribute of godliness."

► You'll also like: 4 Lessons of Hope I Learned from My Sister's Suicide

As time went on, Gordon remarried a man from Australia and welcomed his family to her own. She also received her current position as managing editor at Covenant.

Through this particular time of trial, Gordon learned not only how the Savior is there for her, but also how he is available for others.

"The Savior is just waiting for us, and He promises us that He will succor us," she says. "The definition of the word succor is 'to run to,' and if we can keep that in our minds and keep that so we can envision Him, when we get broken or when we get hurt or something horrible happens, He will run to us. He doesn’t mosey along. He doesn’t say, 'Oh you know, I’ll get to her eventually.'  He runs to us to help us, and that’s there for all of us."

For more inspiring stories of enduring trials, check out Endure it Well.